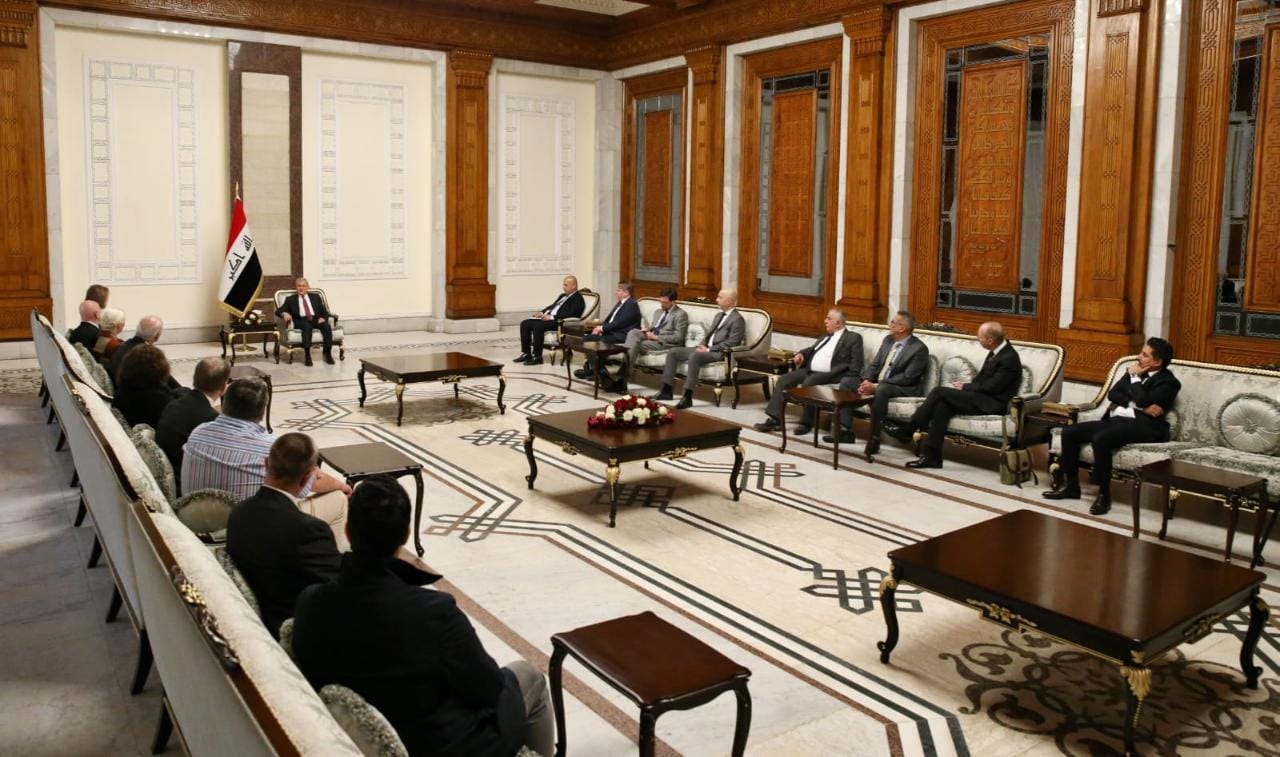 The Iraqi presidency's media office stated that both sides discussed several issues related to the education sector in Iraq.

The President pointed out that Iraq has a problem providing job opportunities for graduate students; therefore, within its program, the government encourages the private sector to employ them.

He also expressed regret for the level of "safety standards" in Iraq, suggesting benefiting from the British experience in this regard."

Baroness Nicholson explained that their goal is to upgrade the academic standards in Iraq by benefiting from British experts to find a solution to the gap between education and work.

According to its official website, IBBC is a charitable company facilitating trade and investment between the United Kingdom, Iraq, and internationally.

"Its specific goal is to develop and grow the private sector overall in Iraq and to help its members succeed. It promotes best practices and international standards and encourages the transfer of technology and know-how." The website said.

Iraq’s President: we renew support for the federal government

President Abdullatif: relations with Jordan are solid and deep-rooted