Iraq's Supreme Committee of Health: The 14-day lockdown is "experimental" and "extendable" 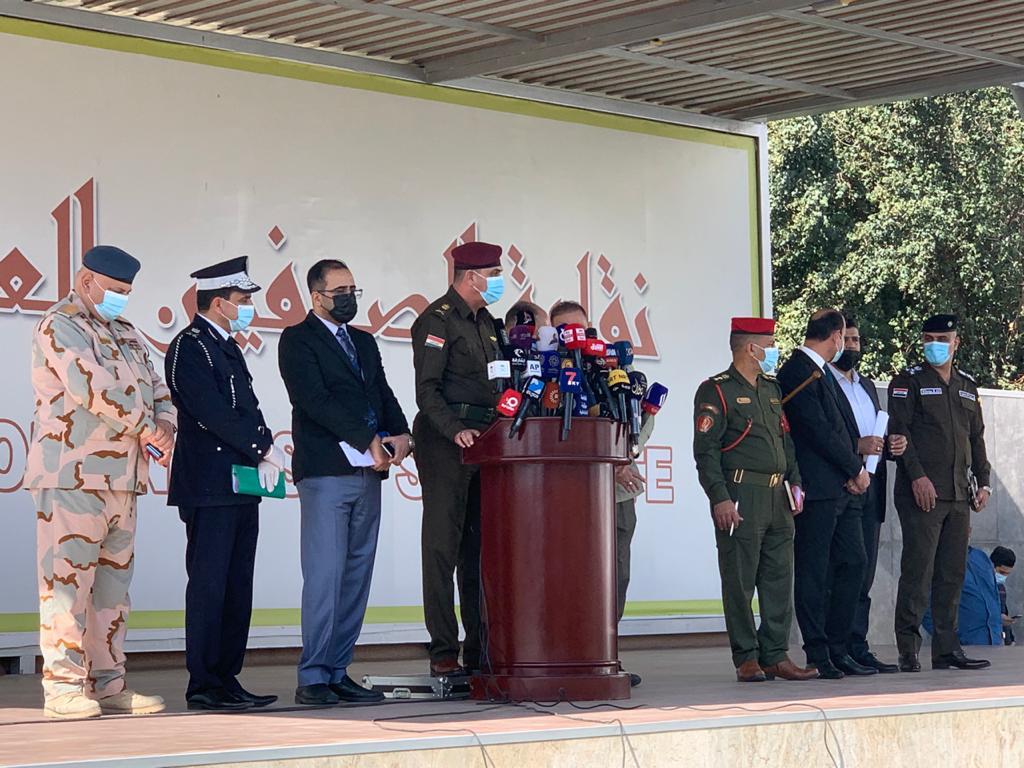 Shafaq News / Major-General Yahya Rasul, the spokesman for the Commander-in-Chief of the Armed Forces, said on Tuesday that the fortnight lockdown imposed in the Iraqi governorates, except for Kurdistan's, is "experimental", hinting to further extension if COVID-19 caseload continues to surge.

Major-General Rasoul said in a press conference held by the Supreme Committee for Health and Safety at the Journalists Syndicate that the lockdown encompasses two phases, a comprehensive and partial, adding that this lockdown will be "experimental" for two weeks; if the infection rate does not slope down, it may be extended.

For his part, a spokesman for the Ministry of Health, Dr. Saif Al-Badr, said during the conference that the detection of the new strain of COVID-19 did not surprise the Healthcare authorities, "We warned months ago and in several press conferences of the severity of the situation and the noncompliance to preventive measures."

The Ministry of Health spokesman said that the vaccine should arrive in Iraq by the end of this month, adding that Iraq adopted three vaccines: China's Sinopharm, Britain's AstraZeneca, and the American Pfizer. Al-Badr continued, "the vaccine will be given to the groups illegible to receive their jabs, including Journalists."