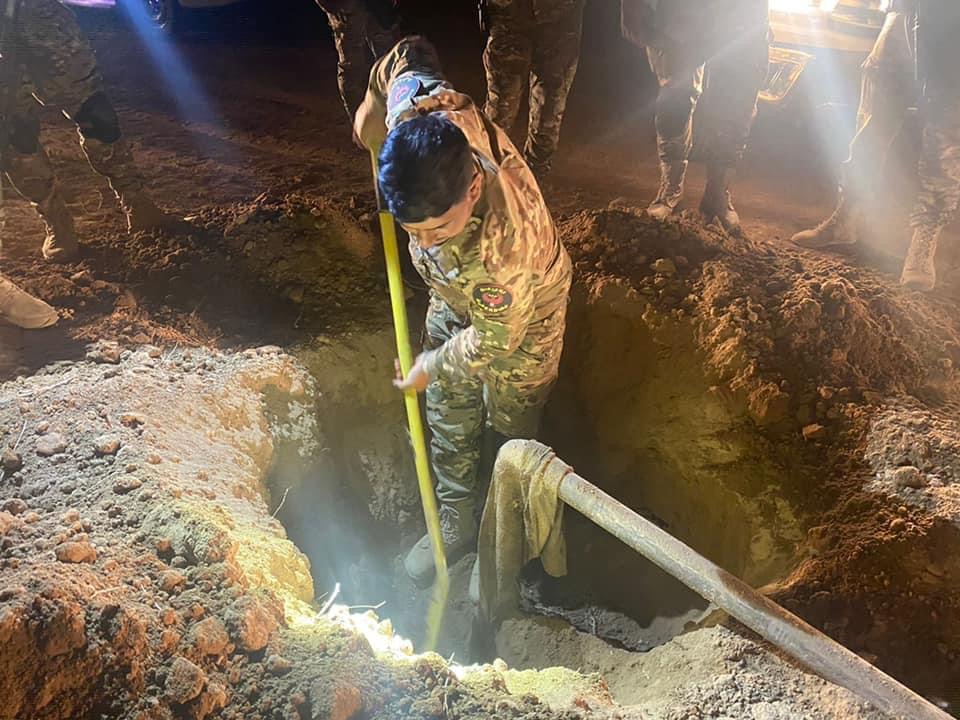 In a statement, the Cell said, "in cooperation with the National Intelligence Service, the Rapid Response Division at the Ministry of Interior had controlled a pipeline for smuggling oil in Bezirkan fields in Maysan Governorate."

"The rapid response Division continues to track down those involved in smuggling operations." The statement added.