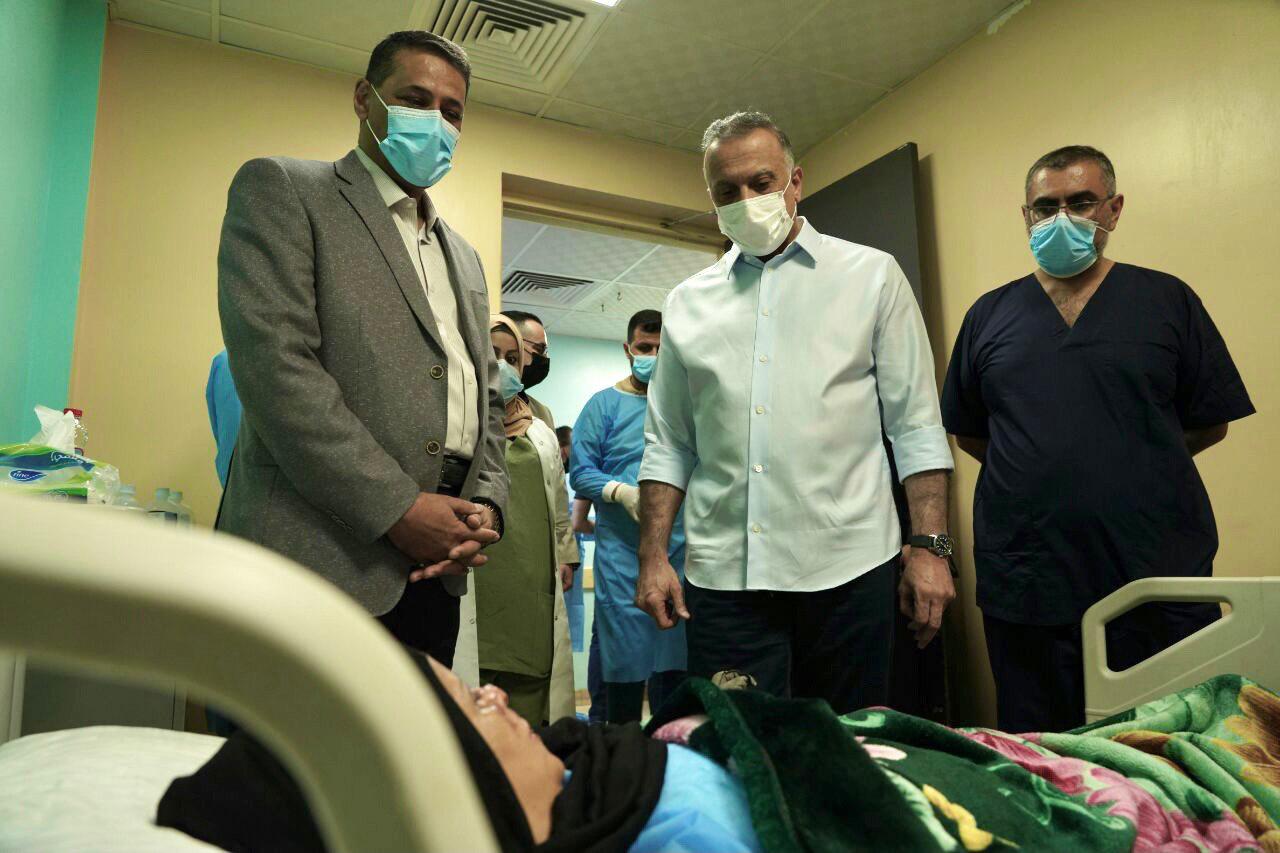 Al-Kadhimi’s office said in a statement, the Prime Minister visited the wounded in the Medical City Hospital and directed to provide all necessary support for their recovery, in addition to sponsoring the travel and care of those who need treatment outside Iraq.

Addressing the patients, he said, "You are entrusted to us,…  the cowardly terrorism has consistently targeted civilians in the markets...what happened in Al-Sadr  terrorist attack was the result of accumulated corruption that we are trying hard to fix."

Al-Kadhimi also met with the hospital's staff, and praised “their great efforts to save the lives of the wounded, in addition to their work during the Coronavirus pandemic.”

The PM indicated that the country is living “under exceptional circumstances,” stressing the need for solidarity and planning to maintain the health sector in the country.”