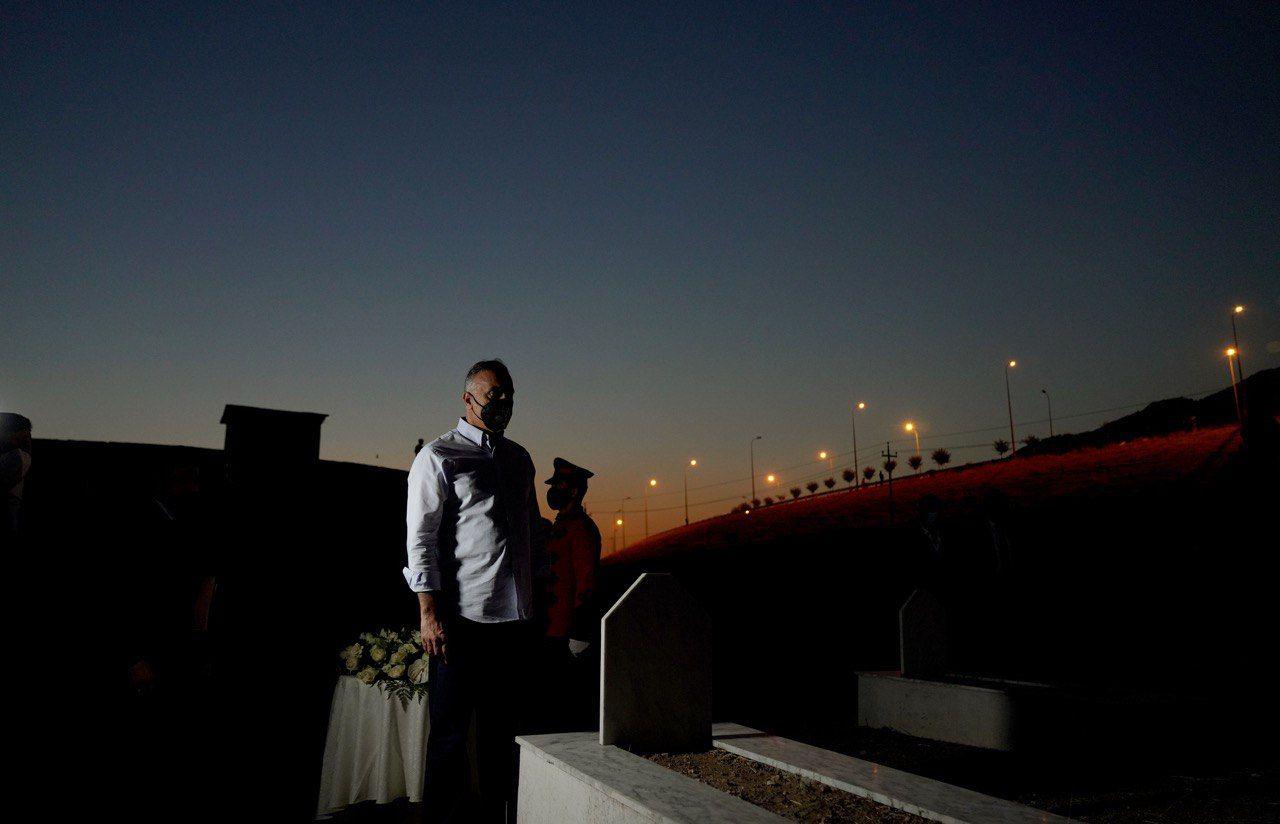 Shafaq News / The Iraqi Prime Minister, Mustafa Al-Kadhimi, on Thursday, said in a televised speech on Eid al-Fitr Occasion and the 1st anniversary of his government he fulfilled his promise to the people not to run in the upcoming elections.

“The government that I had the honor to be its president was born in an exceptional and dangerous circumstance.” He said.

On the upcoming elections, he remarked that "Iraq was standing at a crossroads due to a severe social crisis," adding, "Our primary mission is to conduct fair and just elections."

"We have set October, 10 as a deadline for holding the elections, and we will make our best efforts for that."

“For our part, we fulfilled our pledge to our people by declaring not to participate in the elections or to support any party at the expense of other, and we will do our work in protecting the upcoming electoral process.” He said.

"Our great people, with all their social, youth, religious and cultural personnel, are called to support participation in the elections."

On Covid-19 pandemic, the PM declared that despite the challenges, the government has made progress in controlling the epidemic through a series of measures to reduce the number of infections and provide the best support.

Regarding the illegal weapons, Al-Kadhimi said, “Over the past year, the Iraqi government has strengthened state sovereignty and has restricted the weapons in its hands by supporting the security forces and restoring confidence between them and society, to counter its role in confronting terrorism, illegal weapons and crime gangs.”

“Over the past year, our heroic forces have fought off uncontrolled weapons and outlaw groups firing rockets at diplomatic missions and Iraqi institutions.” He added.

“Our forces have achieved remarkable development in confronting ISIS. We have succeeded in killing the terrorist who calls himself the Wali of Iraq and the Deputy Caliph, known as Abu Yasser al-Issawi, and the deputy governor of ISIS in Iraq, and ISIS's coordinator of operations in Syria and Iraq.”

“The government has committed to help the displaced to return homes and to end the problem of internal displacement. We have closed within one year more than 90% of the IDP camps across Iraq, and we supported the voluntary return of the displaced in to their areas.” Al-Kadhimi said.

On the regional relations of Iraq, Al-Kadhimi said, “I am proud of the great development of our relationship with Jordan, Egypt, Saudi Arabia, the Emirates, Iran, Turkey, Lebanon, Syria and all the countries in the region that love peace.”

Regarding the Israeli attack on the Palestinians, the PM affirmed Iraq's position by rejecting and condemning “the cowardly Israeli attacks on our defenseless Palestinian people in Jerusalem and Gaza, this people who have suffered the cruelest injustices in modern history, and continue to give the whole world lessons of steadfastness and determination.”

Al-Kadhimi concluded, “What we have done in one year of fighting corruption is equal to the outcomes of the past 17 years in this regard.”

Al-Kadhimi to al-Maliki: We shall offer Palestine our direct support