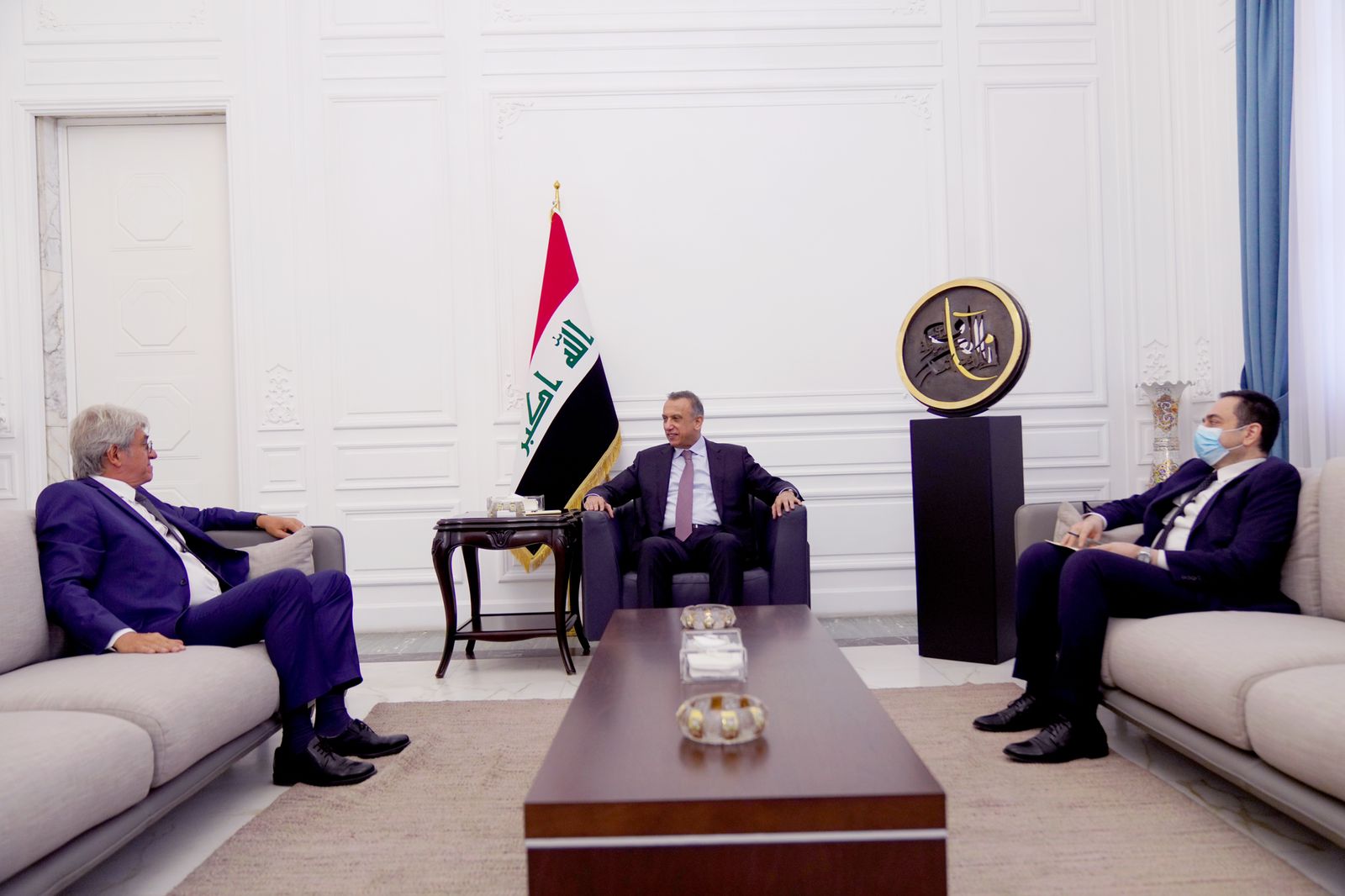 Shafaq News/ Iraq’s Prime Minister Mustafa Al-Kadhimi confirmed on Wednesday the partnership and the interdependence of interests between Iraq and France.

Al-Kadhimi met today with the French Ambassador, Bruno Aubert, on the end of his duties in Iraq.

During the meeting, the PM praised "France's role in supporting Iraq and the bilateral work to consolidate relations and common interests between the two friendly countries."

He also appreciated "the role of the French President Emmanuel Macron in the success of  Baghdad Conference."

For his part, the French ambassador expressed his profound confidence in the role of the Iraqi government in highlighting the new approach to Iraq, which he described as “an example to be followed by the countries of the region, on the path of strengthening security, stability, cooperation, and sustainable development among friendly peoples.”