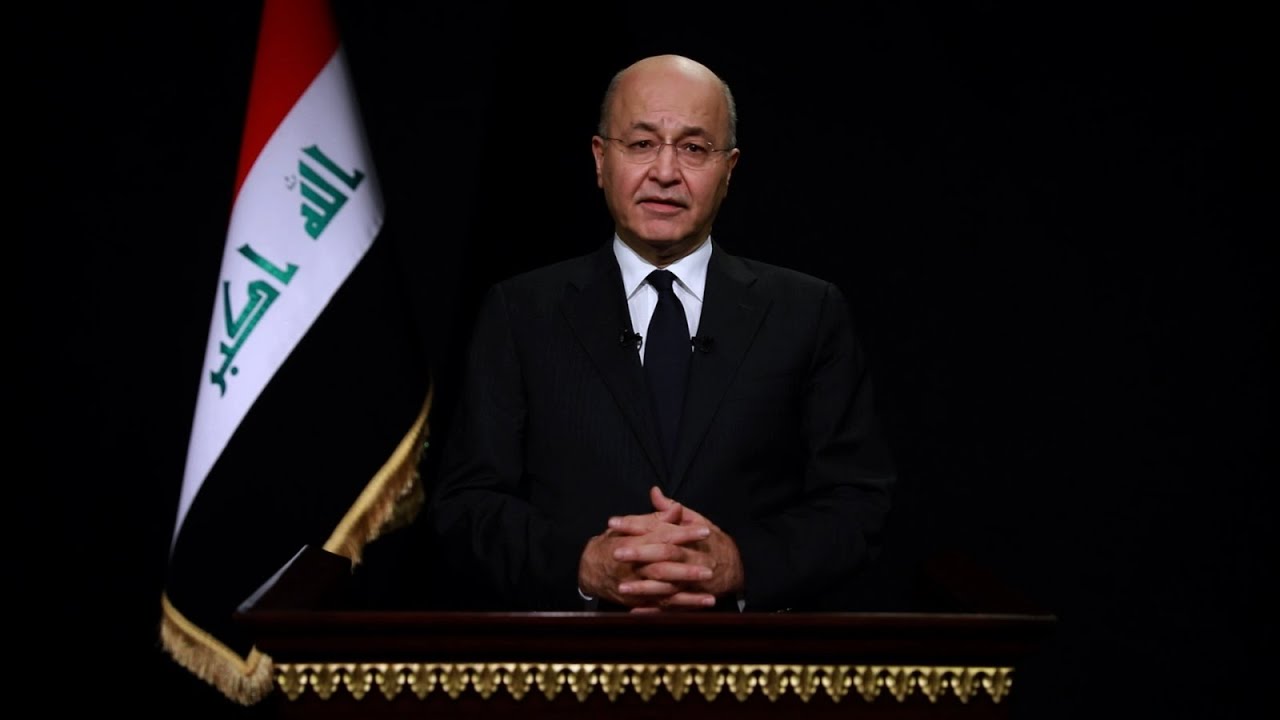 Shafaq News/ On Saturday, Iraqi President Barham Salih said, “there is a structural defect” in the country’s current system.

Salih said in an interview with the Saudi "Al-Arabiya" channel, "the statement of the religious reference (Al-Sistani) is important in this critical moment, in which it affirms the necessity of elections as a path for a peaceful transition of power and addressing the country's problems.”

He added, "after twenty years of the current system, we must admit that there is a structural defect and there is a need for concrete reform."

"the broad participation is a confirmation of the will of many Iraqis of the October movement."

He pointed out that "the electoral code of conduct submitted by the Presidency of the Republic emphasizes respect for the results of the elections and not to violate them."

The Iraqi president stressed the necessity of "forming the new government as soon as possible after the elections," noting that "the situation cannot bear any delay and the Iraqis are looking forward to starting to address their problems."

He also said, "In response to the October movement and the political and social forces, we formed in the Presidency of the Republic a large committee of constitutional scholars and presented a paper on the amendments, and the new parliament will adopt them."

He explained that "the Presidency of the Republic submitted a bill to recover the proceeds of looted funds," adding, "We told friendly countries that you cooperate with us militarily, why not cooperate in recovering our money and preventing its smuggling."

He noted that "the Iranian-Saudi dialogue has achieved some progress," expressing his hope "for a great breakthrough and sustainable dialogue, because Iraq and the region need that, and Saudi Arabia and Iran are two major countries in the region."

He pointed out that "the relationship with the United States is important and we have common interests. The military side should not determine the relationship… we have a strategic dialogue that deals with the economic, political and cultural aspects."

He indicated that the relationship with Iran is also meaningful, culturally and socially rooted in history, long geographical borders, and many common interests."

Concerning the relations with the Arab depth, “they have developed, and the ties with Saudi Arabia is necessary…everyone knows that without a strong, stable and sovereign Iraq, Arab national security cannot be established."

Al-Sadr is preparing for the upcoming Iraqi Elections