Iraq's President: cooperation with IOM is essential to combating terrorism 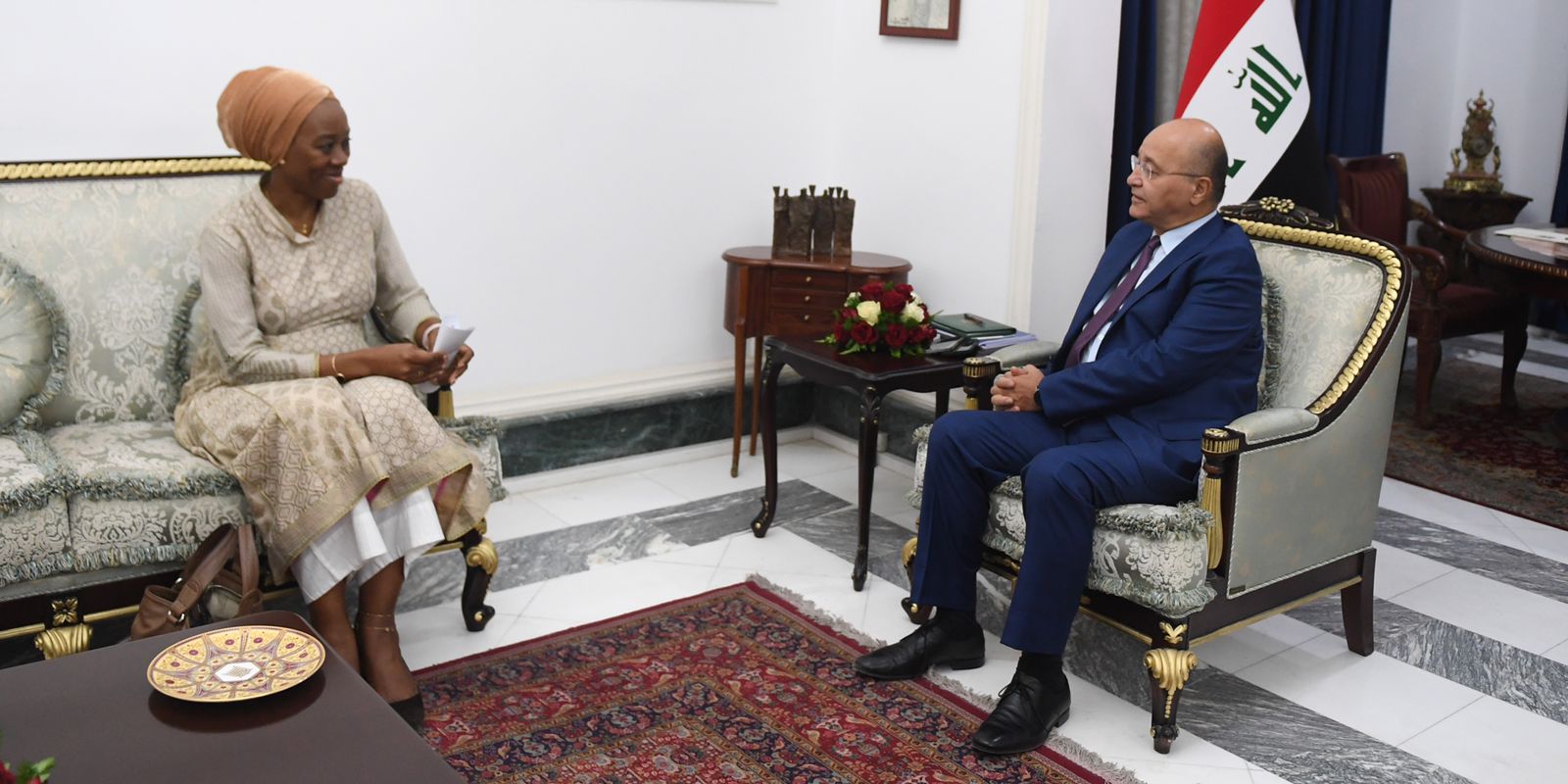 In a statement, the Presidency said that Saleh indicated that "Iraq had suffered greatly from terrorism, which created waves of internal displacement and migration," stressing the need to strengthen cooperation between Iraq and the International Organization for Migration (IOM) especially in combating extremist ideology.

The Iraqi President also called for facilitating the voluntary return of migrants by respecting international law that guarantees human rights.

In turn, Daniels affirmed the OIM's support to Iraq in the migration file. She also highlighted the importance for Iraq to be practical and effective by joining the Council of the Members.

Salih at the UN Assembly: to restore the pivotal role of Iraq in the region

Iraq receives the credentials on US ambassador