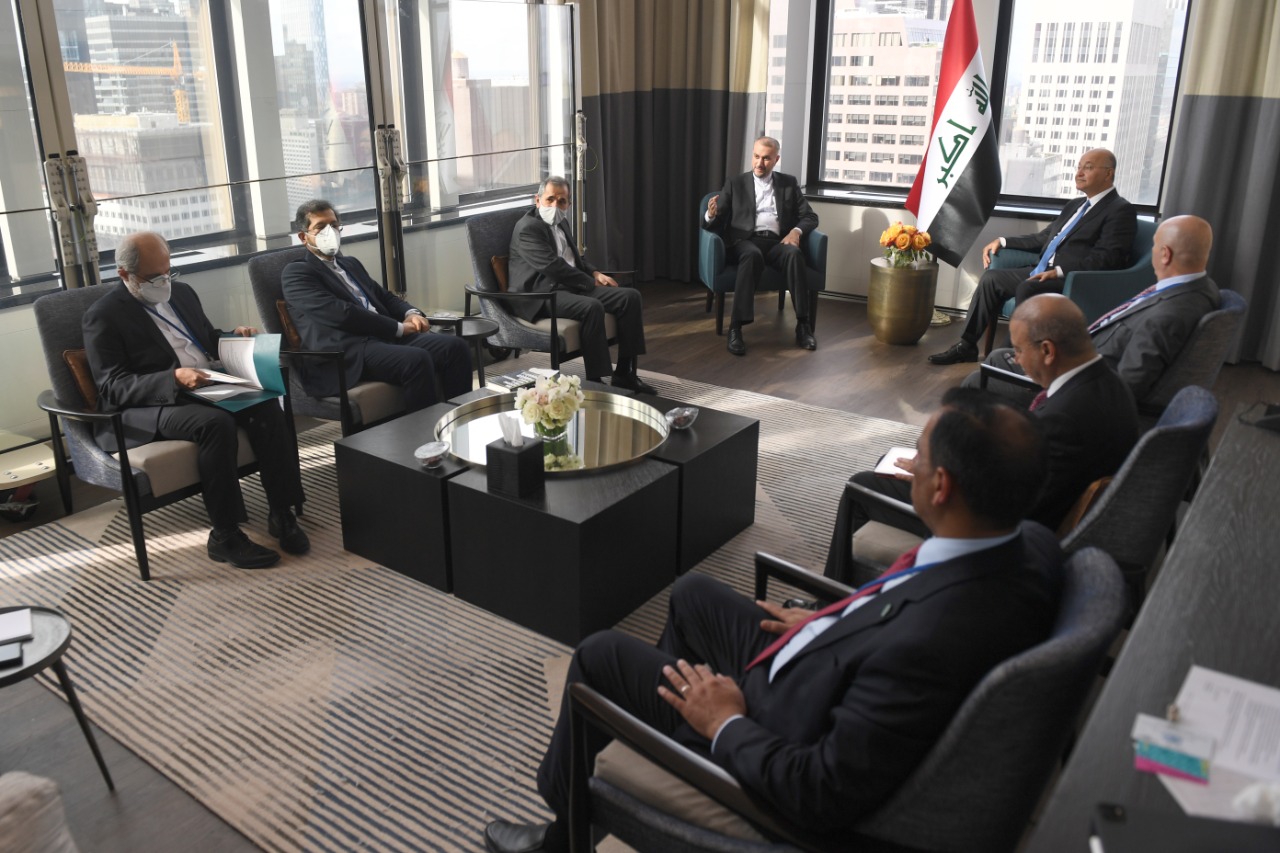 Both sides discussed enhancing the “closed bilateral relations between the two neighboring peoples in various fields,” including economic cooperation and activating the understandings.

According to the Iraqi Presidency, Salih affirmed that Iraqi-Iranian relations are essential for both countries and the whole region. He referred to Iraq's efforts to achieve stability in the region and its keenness to be “an arena for joint action and coordination in facing the challenges of terrorism, health conditions and the threat of climate change.”

Salih stressed that Iraq's stability, security, and sovereignty are “necessary elements for the region’s stability.”

For his part, the Iranian Minister confirmed support for the security and stability of Iraq. He added that Iran is looking to strengthen the bilateral relations, praising the diplomatic efforts led by Iraq to ease regional tensions.

President Salih: We cannot underestimate any attempts to revive terrorism