Iraq's Parliament Speaker expresses regrets for the situation in Ukraine 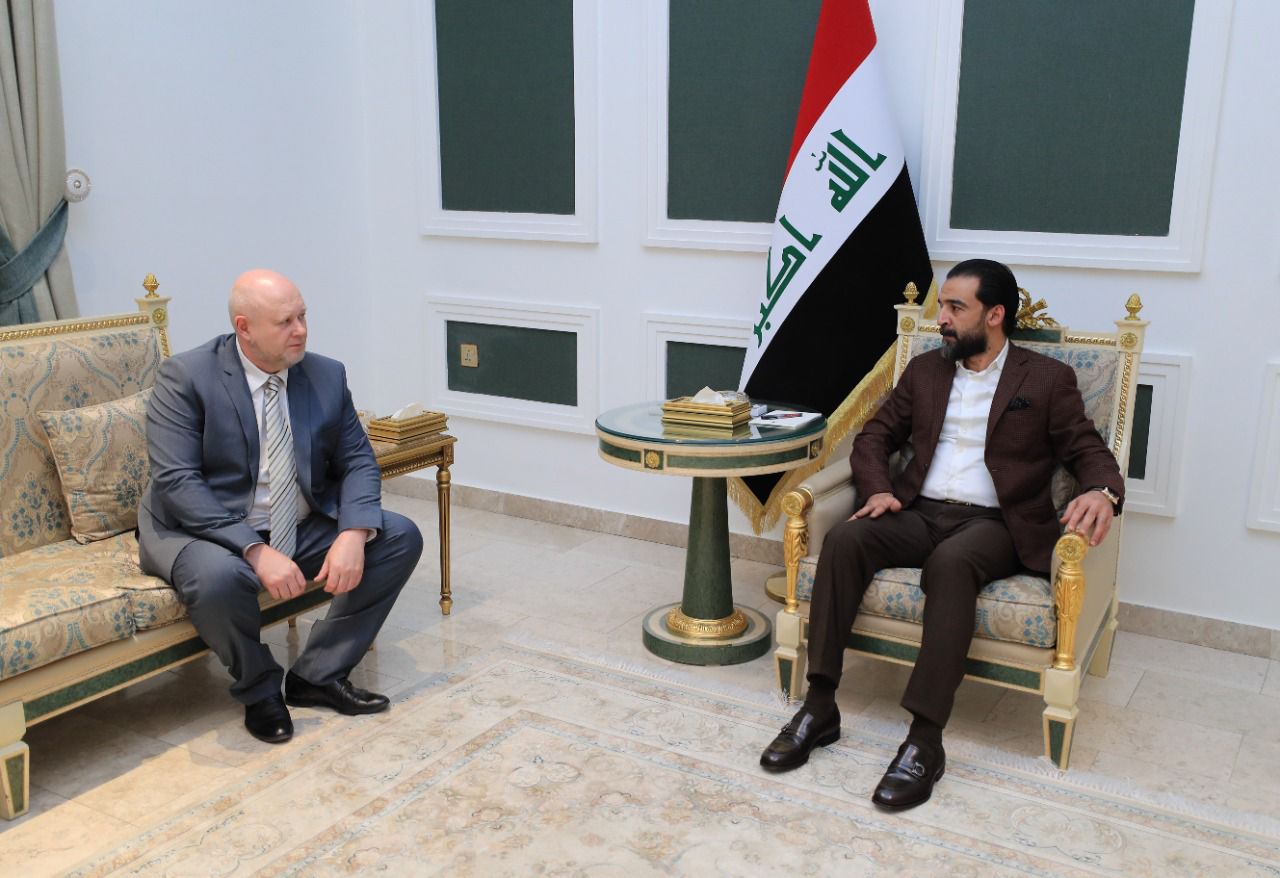 Both sides discussed the "international and regional developments, and the current situation in Ukraine.

Buravchenkov briefed "the difficult humanitarian conditions in Ukraine such as the damage in infrastructure and the waves of displacement," praising Iraq's position regarding this issue and the continuation of the work of the Iraqi embassy in Kyiv.

During the meeting, Al-Halbousi indicated that Iraq is like Ukraine has suffered from wars and their consequences of displacement and destruction, expressing regret for what is happening in Ukraine.

The Parliament Speaker confirmed "Iraq's supportive stance for the preservation and stability of countries, their independence, and sovereignty, and the necessity of giving dialogue and diplomatic efforts to resolve tensions and political problems between countries away from war zones."

Takadum Party in the crossfire, as a new attack targets its headquarters