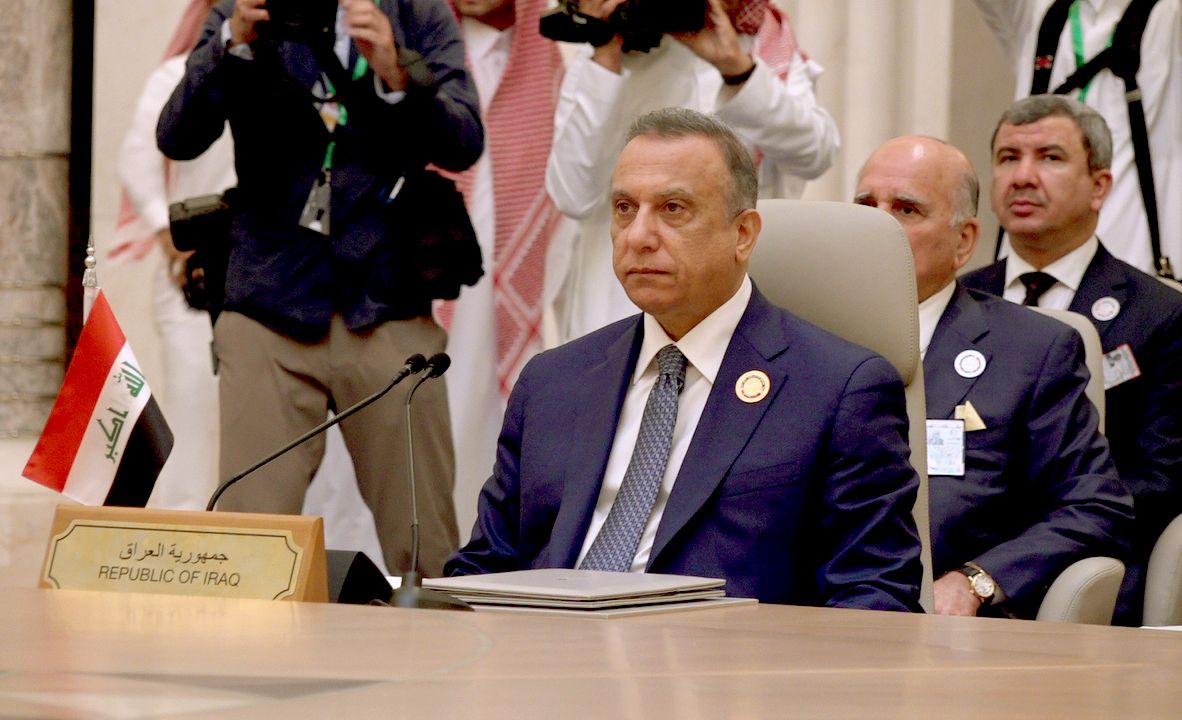 Shafaq News/ The Iraqi Prime Minister Mustafa Al-Kadhimi concluded his visit to Saudi Arabia, where he participated in the Jeddah Summit for Development and Security.

"We arrived in Baghdad after participating in the Jeddah Summit, which promoted the concepts of friendship, partnership, development and economic integration," Al-Kadhimi said on Twitter.

He added, "I thank the Custodian of the Two Holy Mosques, King Salman bin Abdulaziz Al Saud, and my brother, His Highness, Crown Prince Mohammed bin Salman, for the generous hospitality and good organization and the joint work with the leaders for the benefit of our peoples."

Yesterday, the Iraqi Prime Minister arrived in The Kingdom of Saudi Arabia, accompanied by a high-level government delegation, and participated in the summit with the Gulf Cooperation Council, Iraq, Egypt, Jordan, and the United States.

The summit discussed cooperation topics in the fields of economy, energy, and the challenges brought about by the Covid19 pandemic, food security crisis, and climate changes.

The Iraqi PM to protect the state’s prestige