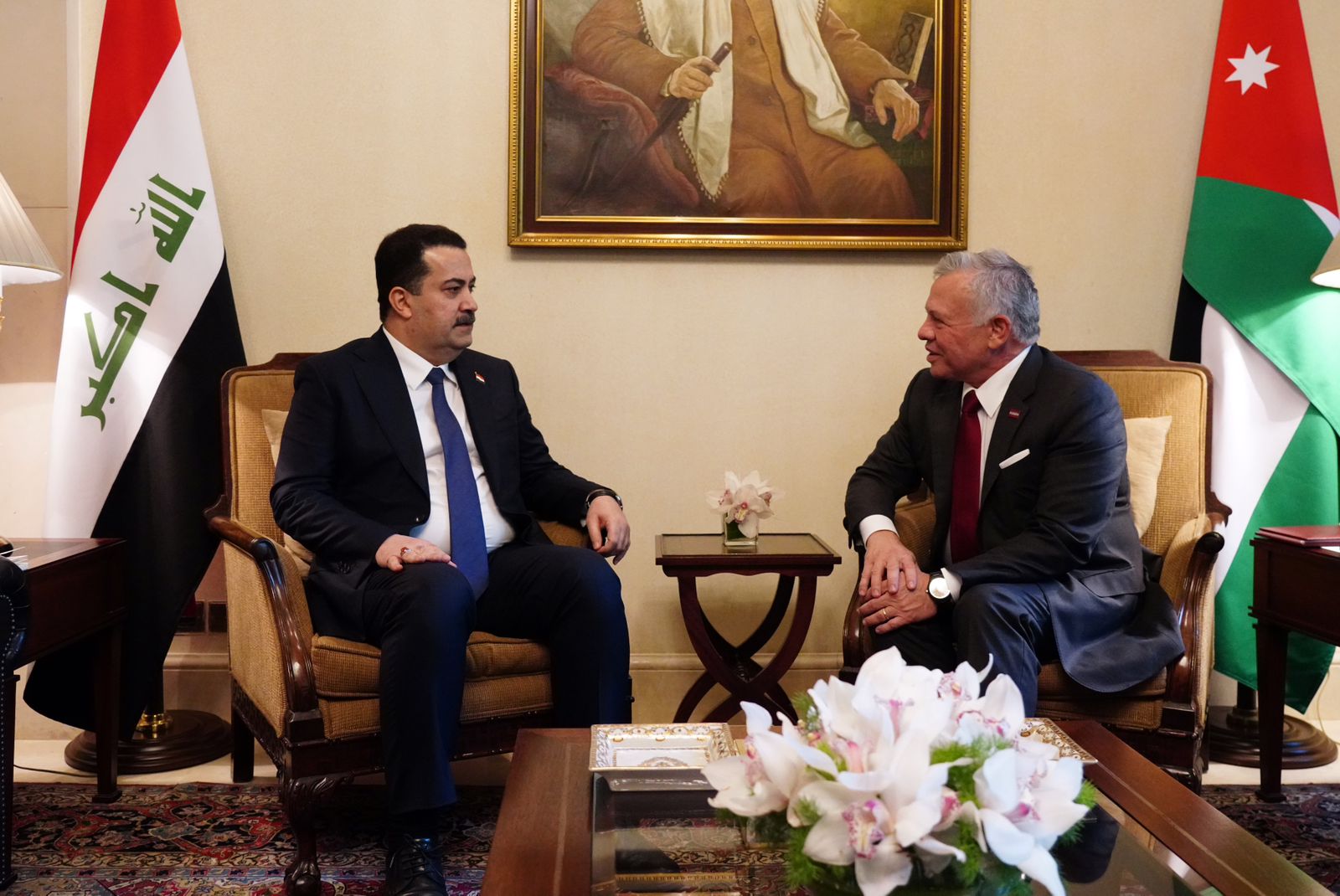 Al-Sudani arrived in the Jordanian capital city, Amman, earlier today on the first foreign trip of his premiership.

According to the readout, Prime Minister al-Sudani and King Abdullah discussed the bilateral ties between their respective countries, the updates on the regional arena, and the war against terrorism and extremism.

After the meeting, the two leaders convened an expanded meeting that touched upon pending memoranda of understanding and a spectrum of mutual interests.

Al-Sudani reiterated Iraq's commitment to sustaining its distinguished ties of Iraq with Jordan in order to achieve the best interest of both nations and bring prosperity and security to the region.

King Abdullah wished Prime Minister al-Sudani success in his mission and expressed Amman's willingness to cooperate with Iraq at all levels.

UK's foreign minister in a phone call with al-Sudani: committed to supporting Iraq

Khamenei to al-Sudani: Iraq's security is as important as the security of Iran