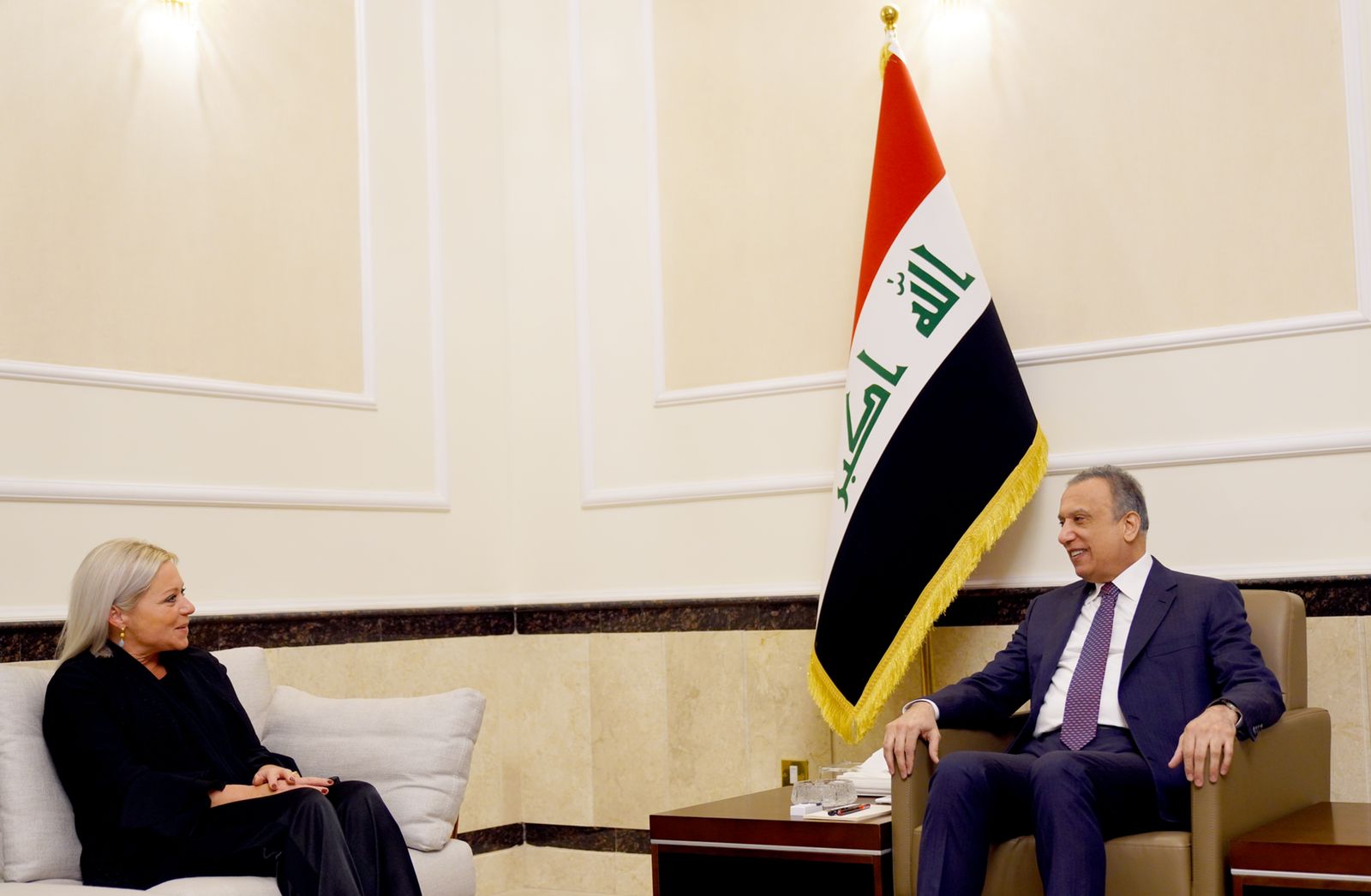 Shafaq News/ The Iraqi Prime Minister Mustafa Al-Kadhimi met Special Representative of the UN Secretary-General for Iraq and Head of the United Nations Assistance Mission for Iraq, Jeanine Hennis-Plasschaert, on Saturday, in Baghdad.

Al-Kadhimi's office stated that both sides discussed "the political and security situation, the cooperation and coordination between Iraq and the United Nations, and ways to support the programs entrusted to the international organization in Iraq."

During the meeting, Al-Kadhimi affirmed, "Iraq's keenness to consolidate its regional and international relations to strengthen the security and stability in Iraq and the region and adopt the sustainable development concept for the benefit of the Iraqi people and the brotherly and friendly peace-loving peoples."

For her part, The UN envoy confirmed "the international community's position in support of Iraq regarding the current challenges and the importance of dialogue as a way to resolve differences."