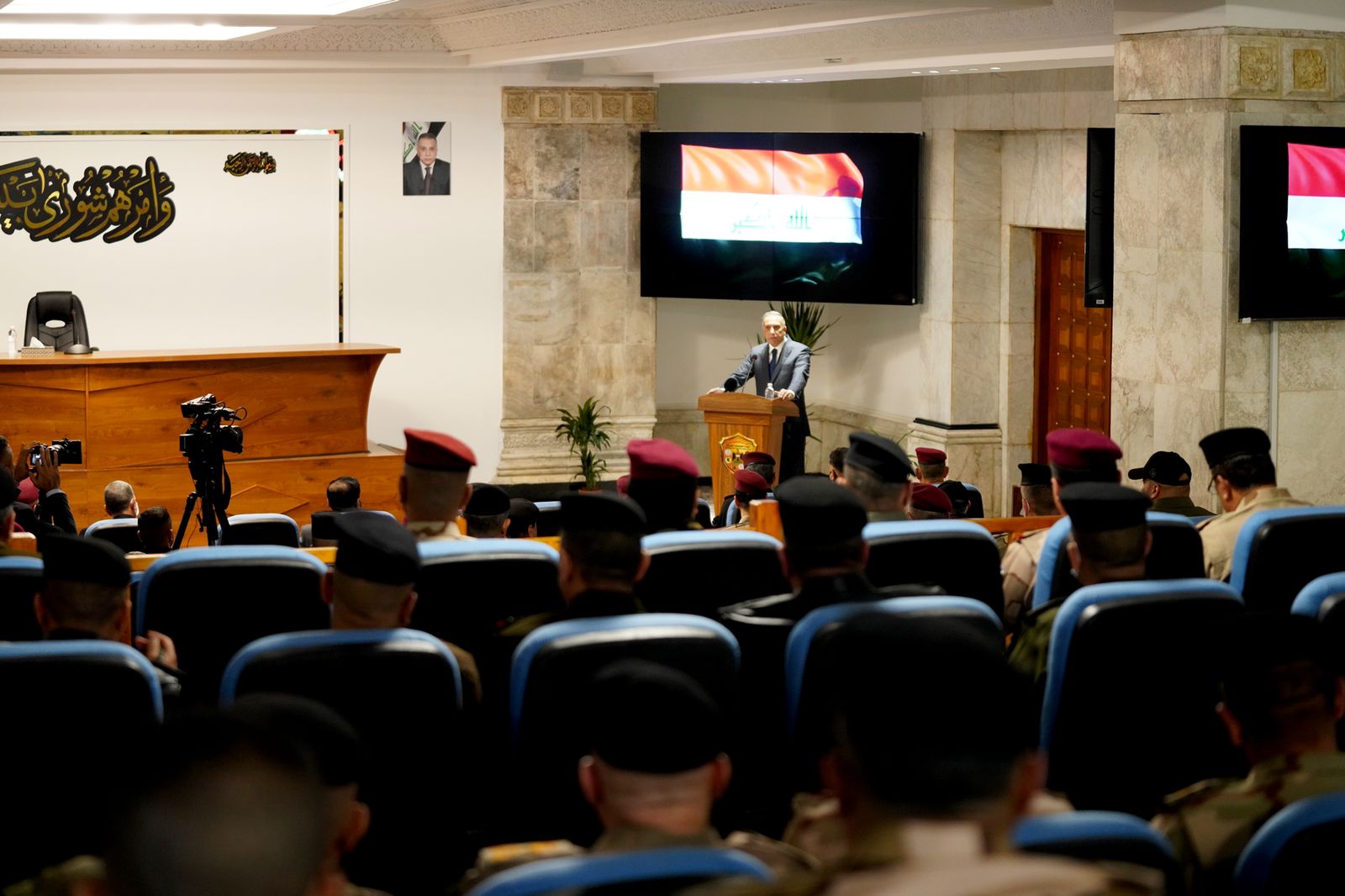 In a statement, the PM's media office said that during the conference, all security sectors presented briefs of their activities and tasks they accomplished during 2021 and their future vision in confronting terrorism and achieving security and stability throughout the country.

In a speech, Al-Kadhimi praised the security achievements, which "blocked the way in front of all their malicious attempts. He highly appreciated the security efforts that contributed to the success of the election protection plan."

The Commander-in-Chief of the Armed Forces affirmed, according to the statement, "Our security forces are working together in confronting terrorism and ensuring stability," and that the year 2021 recorded a decline in the number of terrorist operations."

"Iraq witnessed different challenges on the economic level, and on fighting Coronavirud pandemic, and drugs, as well as political challenges. Therefore, We need to cooperate together to face all forms of challenges, work in a team spirit, and affirm belonging and loyalty to Iraq."

Al-Kadhimi provided directives to all security services and the competent authorities.

He stressed the necessity of continuous cooperation and coordination between the security ministries and intelligence agencies to combat terrorism, uncontrolled weapons, drug trafficking, and clan conflicts.

"The air force and army aviation must continue to carry out airstrikes to eliminate terrorist gangs." He said.

"Working on the return of the displaced families to their areas and developing urgent solutions to ensure a decent life for these families."

"We look forward to 2022 to be a year of peace, and that political differences and problems do not affect your (Security forces) work and your duty to maintain security and stability, and that your concern is the security of your districts. we are all supportive of you, God willing." Al*Kadhimi concluded.

Iraq’s PM to visit Iran before heading to Saudi Arabia