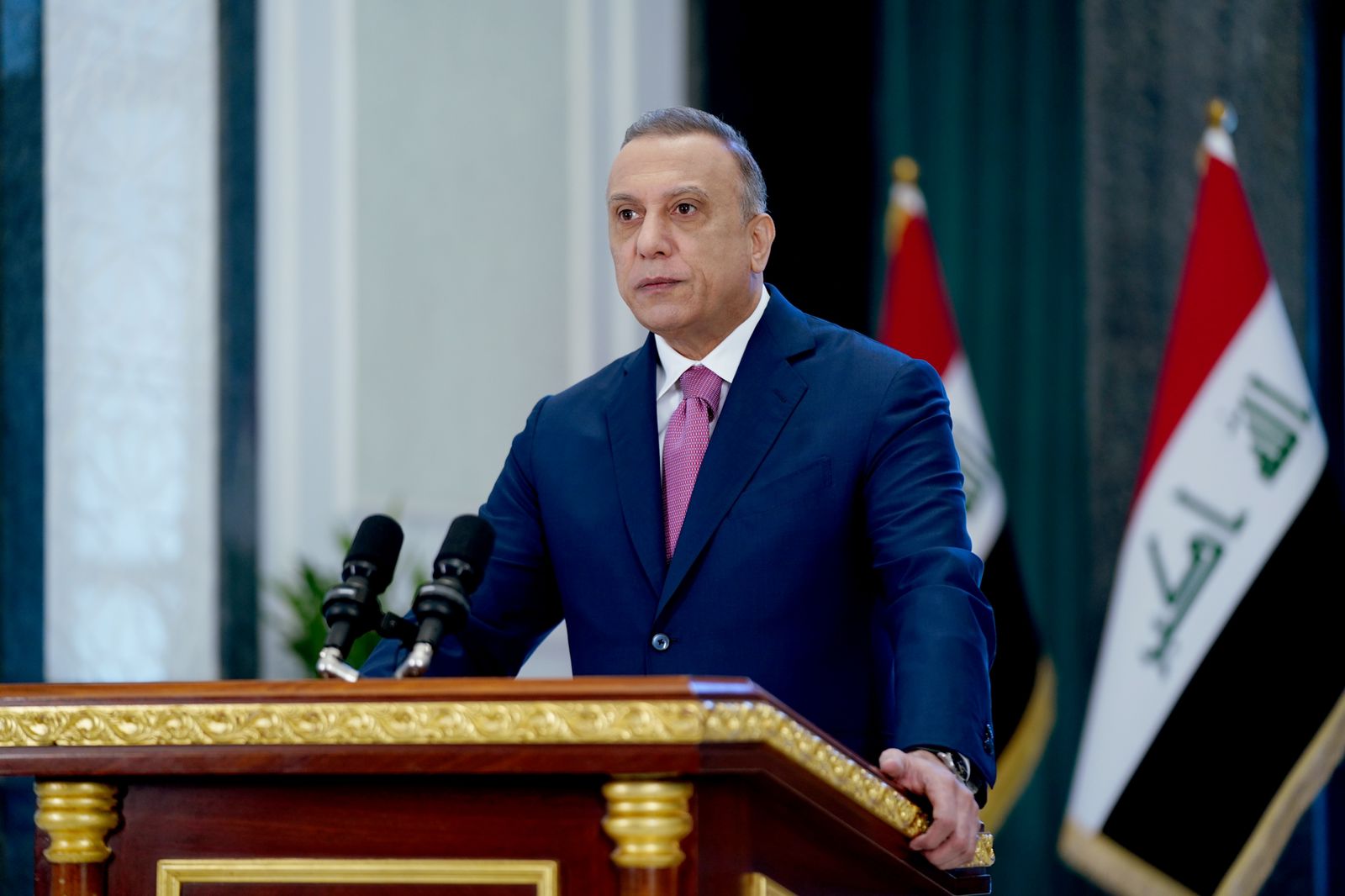 Shafaq News/ The Iraqi Prime Minister Mustafa Al-Kadhimi confirmed that the combat forces of the Global Coalition will withdraw after days, indicating that Iraq has begun to recover.

On the occasion of the centenary of the modern Iraqi state, Al-Kadhimi said, "The Iraqis' awareness of all our legacy is their responsibility that has been passed through generations to reach us, and we will pass it on to our future generations to tell them with clarity and frankness: Here is Iraq... here is the state. We have no choice as Iraqis but to defend it and preserve its history.”

The PM continued, “It is time for us to look at our state objectively, to be proud of its achievements, to admit its mistakes, and to move forward, armed with our heritage and the capabilities of our people, to be side by side with all successful countries.”

He added, “Iraq is recovering fully and its wounds are healing… Our neighbors, our brothers, and the world is interacting with your will and listening to the voice of Iraq from your depths... You are the people of Iraq and the decision-makers in it and you are the state."

Al-Kadhimi said, "In a few days, we will witness the withdrawal of all combat forces of the Global Coalition from Iraq within the strategic agreement with the American side, and its role will be in the areas of advice, as an indication of the ability of the Iraqi forces to preserve Iraq's security, stability of its people, and its continuous development in this field."

He added, "Amidst the political disputes and jurisprudence that emerged from the recent elections, everyone must be reassured... We will not allow your security and stability to be harmed," noting that "despite all the differences, the political forces, the new currents, the independents, and the elites are the sons of this country."

The Prime Minister pointed out that "all the differences in views and orientations fade in front of everyone's belief that Iraq is our umbrella and our home, and that tampering with it and its future is a red line."

He continued, “personally, I highly appreciate every compassion and message of reassurance and solidarity that I received after the terrorist attack that targeted me weeks ago... I say in this regard: My life is not more precious than the life of any Iraqi throughout the country, but it is the path of the state that we walk together with a pure Iraqi will, And for Iraq's sake, every difficult thing is facilitated, and our souls are eased before its greatness.”

Iraq's PM: people have the right to demonstrate, but within the law