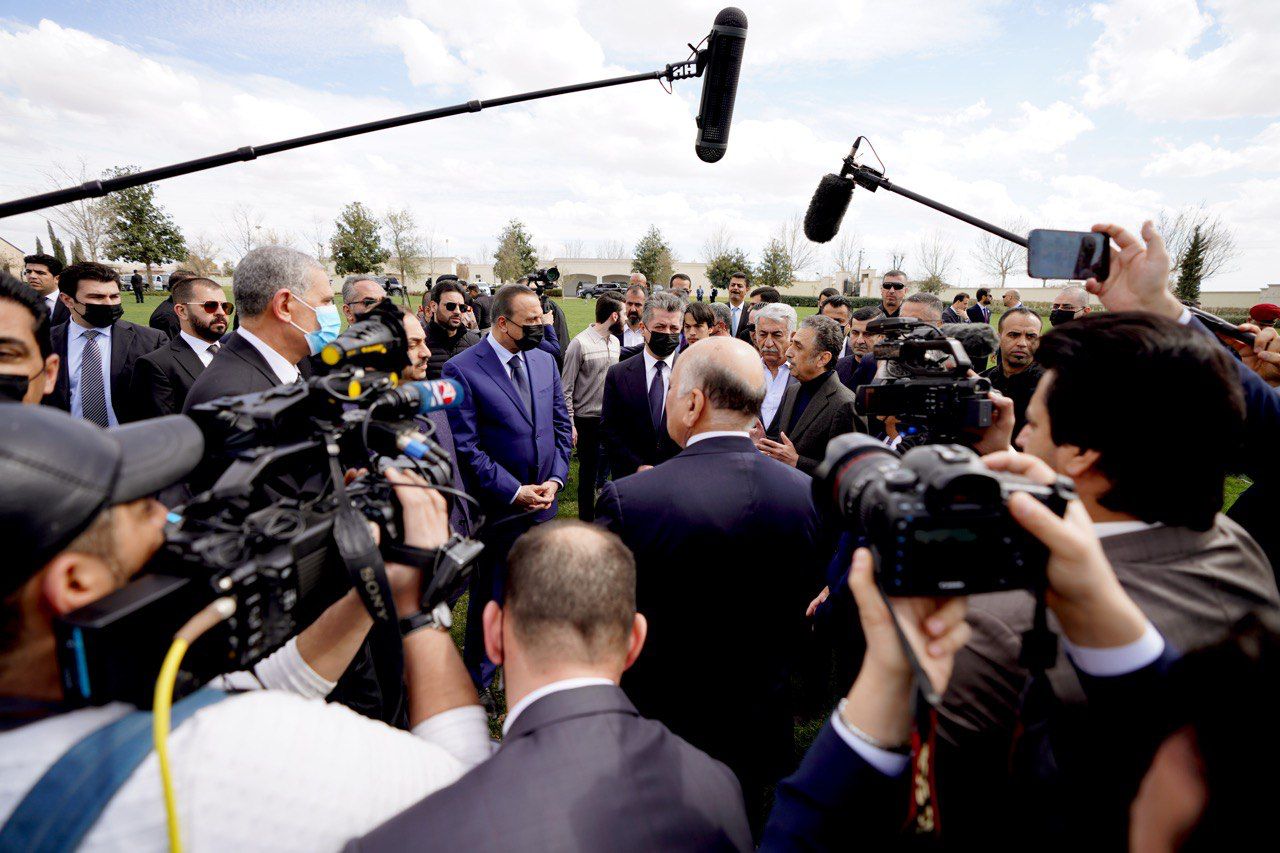 Shafaq News/ On Monday, the Iraqi Prime Minister Mustafa Al-Kadhimi, headed a delegation of officials of the Ministers of Defense and Interior to visit the Erbil Governorate.

Al-Kadhimi met with the leader Masoud Barzani, the President of Kurdistan, Nechirvan Barzani, and the Prime Minister, Masrour Barzani.

During his visit, Al-Kadhimi discussed the situation in Iraq and the repercussions of the missile attack that targeted Erbil.

The Iraqi PM expressed his rejection of the attack, which “intimidated civilians” and was "way out of the line of the international laws."

He also announced forming a committee headed by the National Security Adviser with military and technical delegation to cooperate with the Kurdish government to investigate the incident.

He called on the Iraqi political forces to unite for the sovereignty of Iraq and face the challenges.

The Iraqi PM said the attack was "unacceptable," calling on Iran to provide actual evidence of its statement.

Iran attacked Erbil on Sunday with a dozen ballistic missiles in an unprecedented assault on the capital of Kurdistan.

The missiles came down in areas near a new U.S. consulate building, but no Americans were injured.

Iran's Revolutionary Guards Corps claimed responsibility. It said that the attack was against "Israeli "strategic centers in Erbil," suggesting it was revenge for recent Israeli airstrikes that killed Iranian military personnel in Syria.