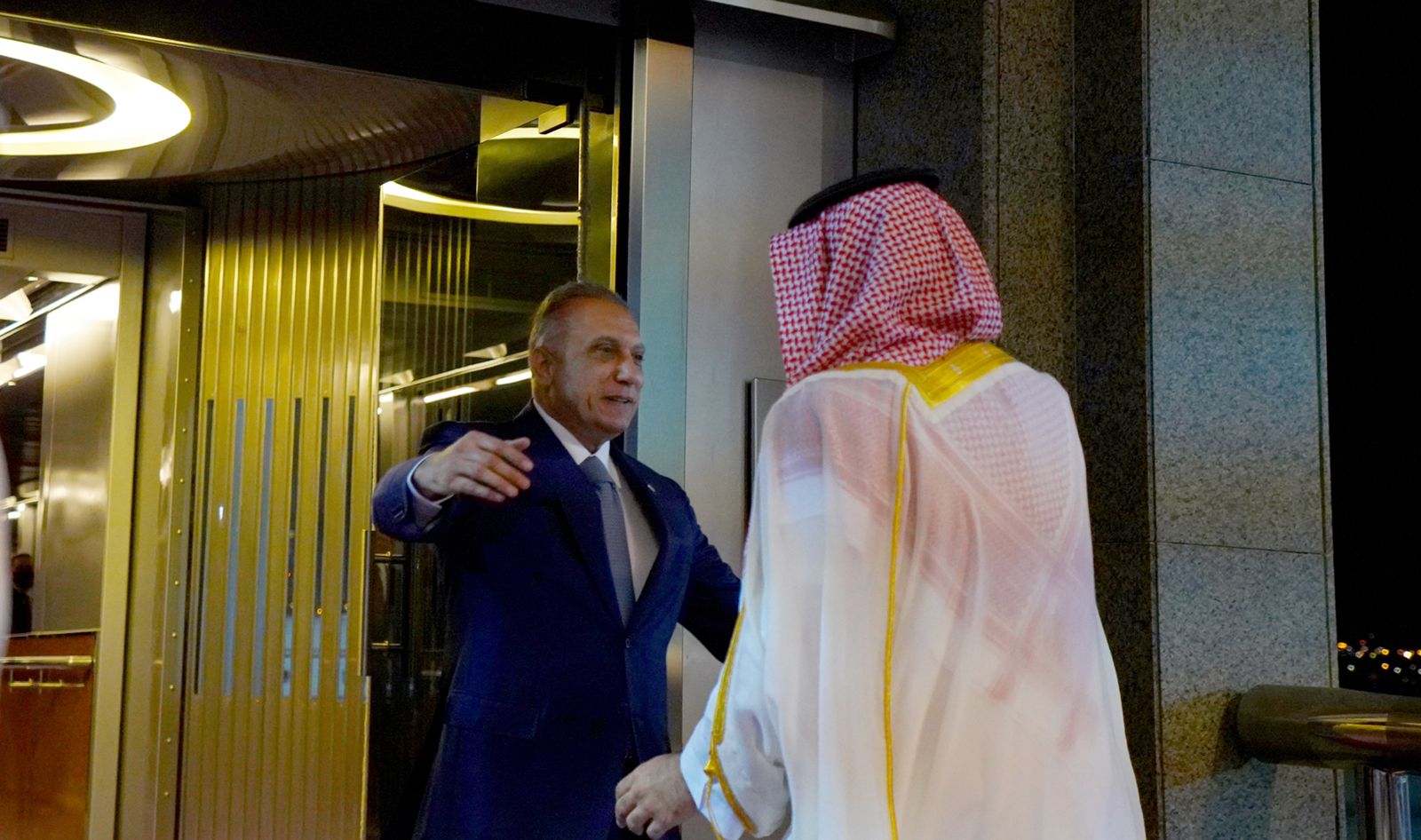 A high-ranking government delegation accompanied Al-Kadhimi to attend the Jeddah Summit for Security and Development.

Before heading to Saudi Arabia, the Iraqi Prime Minister confirmed that the Jeddah conference with Riyadh, Egypt, Jordan, and the United States would not discuss the normalization with Israel.

The PM added that energy and climate change cooperation are the files that would be discussed at the conference.

Concerning that, the summit had other goals. Al-Kadhimi stressed that this news is "an attempt to confuse and distance Iraq from the prominent role it plays in the region."

"Neither today nor tomorrow, Iraq would not belong to any military axis or alliance and will not be a base for threatening any neighboring countries."

"Our motto is Iraq First." He concluded.