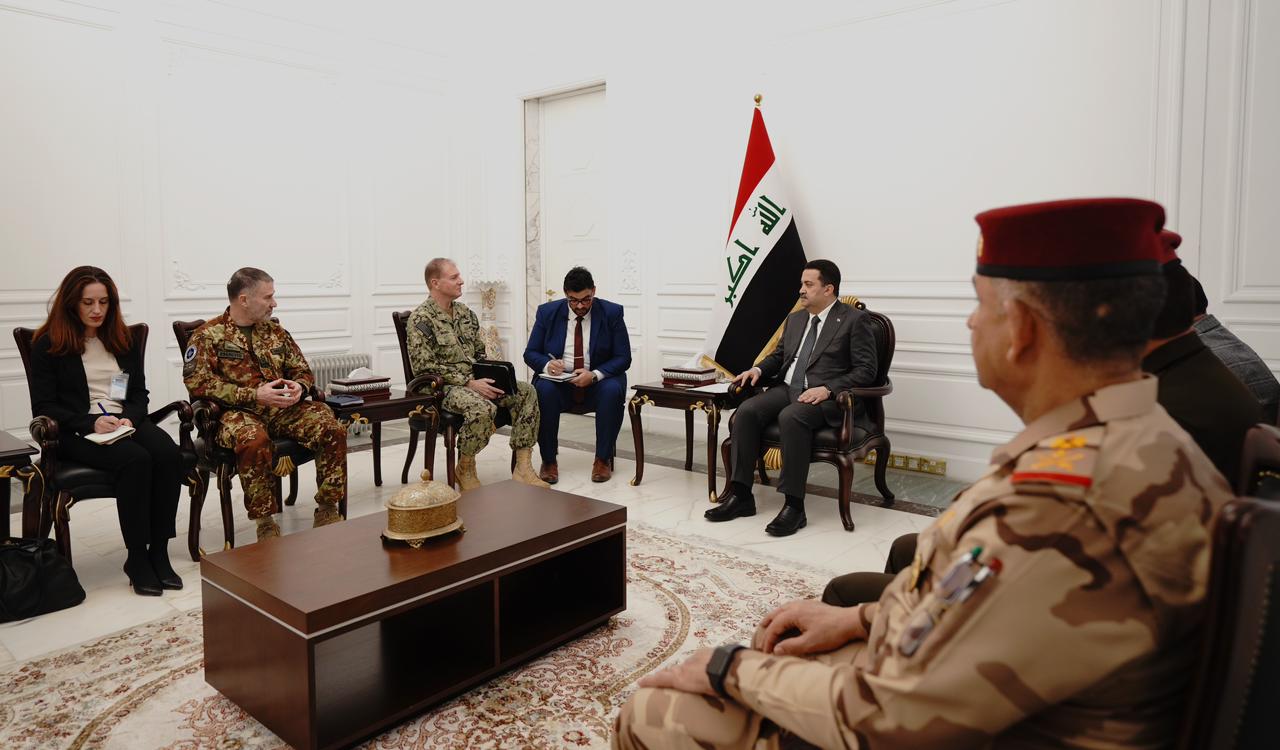 Shafaq News/ Iraq's Prime Minister Mohammad Shia al-Sudani on Monday reiterated his government's commitment to enhancing the "partnership with NATO and sustaining joint action between them".

Prime Minister al-Sudani's remarks came during a meeting with NATO's Joint Forces Command, Admiral Stuart B. Munsch, and his accompanying delegation in his bureau in Baghdad earlier today.

According to a readout issued by his office, al-Sudani commended NATO's support for Iraq in its battle against terrorism, reiterating Iraq's "commitment to the partnership with NATO and sustaining joint action."

Al-Sudani said that Iraq's security has an impact on the security of the region and the world, stressing that the Counter-Terrorism capacities of the Iraqi security forces have reached an advanced level.

The American commander praised the level of coordination between the NATO and Iraqi officers and the military skills Iraqi troops have shown.

Challenges and risks for NATO in Iraq

Italy to head NATO Mission in Iraq next May