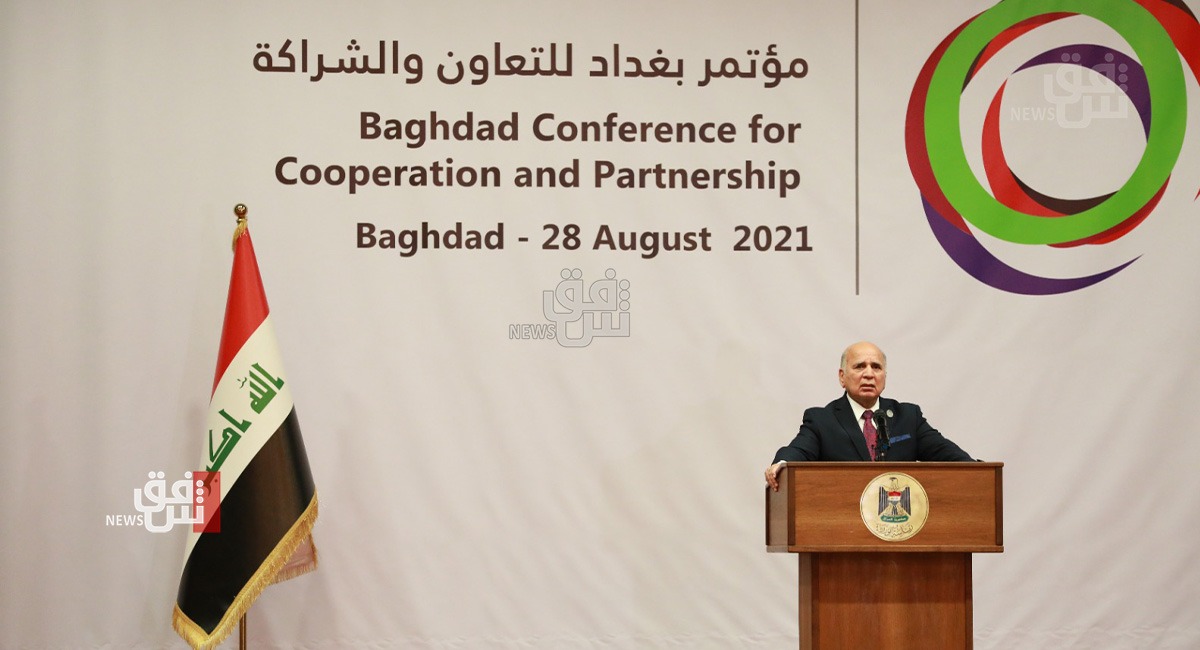 Shafaq News/ Iraq's Minister of Foreign Affairs (MoFA), Fuad Hussein, shed light on his country's policy of "balance and positive cooperation" in approaching foreign relations, deeming today's summit in Baghdad an "important historic event" that has not taken place since the eighties of the past century.

In a press conference held earlier today, Saturday, on the sidelines of Baghdad's conference for Cooperation and Partnership, Hussein said, "Baghdad created a status of regional dialogue, instead of conflicts."

"It is an important event," he continued, "it will influence the situation in Iraq and the region that continue to experience a status of tension and strain."

"The meeting broached different files, mainly economic and commercial ties," he continued, "a joint communique, in both Arabic and English, was agreed on. It touched upon supporting Iraq's economy and security, endorsing Iraq's sovereignty, ways to deal with the current Iraqi situation, and investment in Iraq."

Minister Hussein highlighted a vital and effective role of France in the meeting, expressing gratitude for the French President, Emmanuel Macron, who attended the meeting by himself and had a remarkable contribution.

Less than three hours ago, the open session of the regional Summit held in the Iraqi capital, Baghdad, reached a conclusion, with the guests being invited to a behind-closed-door session.

The Prime Minister of the hosting country, Mustafa al-Kadhimi, invited the guests into the conference room after kindly asking media and ambassadors to leave.

The Baghdad Summit kicked off this morning with a wide Arab and international participation. The Summit is aimed to bring regional actors to the table instead of settling scores in the territory.