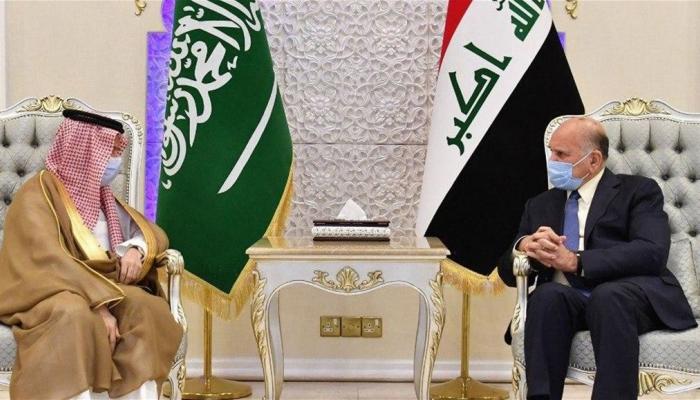 During the meeting, the two sides reviewed the “solid relations and close cooperation between the two countries, and discussed strengthening aspects of bilateral cooperation in various fields and ways to support and develop them,” SPA reported.

Prince Faisal and Hussein also discussed ways to intensify joint coordination to serve the interests of the two countries.

“Foreign Minister HH Prince Faisal bin Farhan arrives at the headquarters of the Non-Aligned Movement Summit, held in the Republic of Serbia with the participation of several brotherly and friendly countries,” the Saudi foreign ministry said in a tweet.

The Non-Aligned Movement (NAM) is an international organization dedicated to representing the interests and aspirations of developing countries.

In the early 21st century, the movement had 120 member states.

NAM was founded and held its first conference (the Belgrade Conference) in 1961 under the leadership of Josip Broz Tito of Yugoslavia.

Iraq welcomes the truce in Yemen