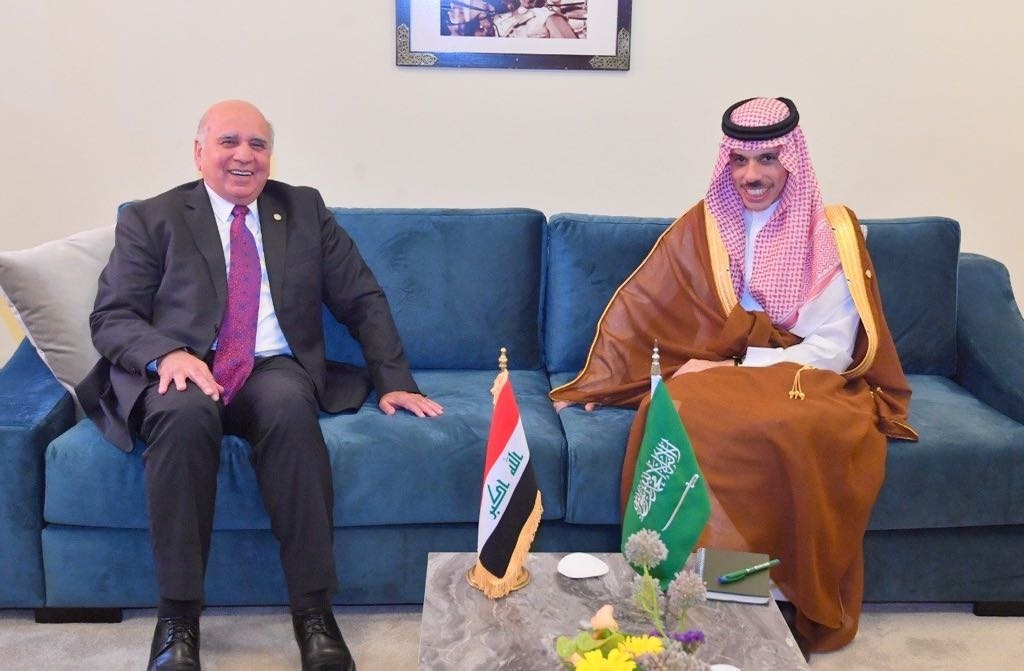 A statement by the Ministry said that the two sides discussed bilateral relations between Baghdad and Riyadh, and the importance of regional and international cooperation to achieve security and stability.

The two sides discussed the latest political development in the region and the world, stressing the need to resort to peaceful means to address the current crises.

According to the statement, the two ministers discussed the Iranian-Saudi relations, and emphasized the need to continue talks between the two countries.

The Iraqi Minister expressed his country's keenness to put all effort to help enhance the Iranian-Saudi relations.

For his part, the Saudi Minister expressed Riyadh's willingness to strengthen ties with Baghdad.

Iran suspends talks in Vienna due to the American "behavior"