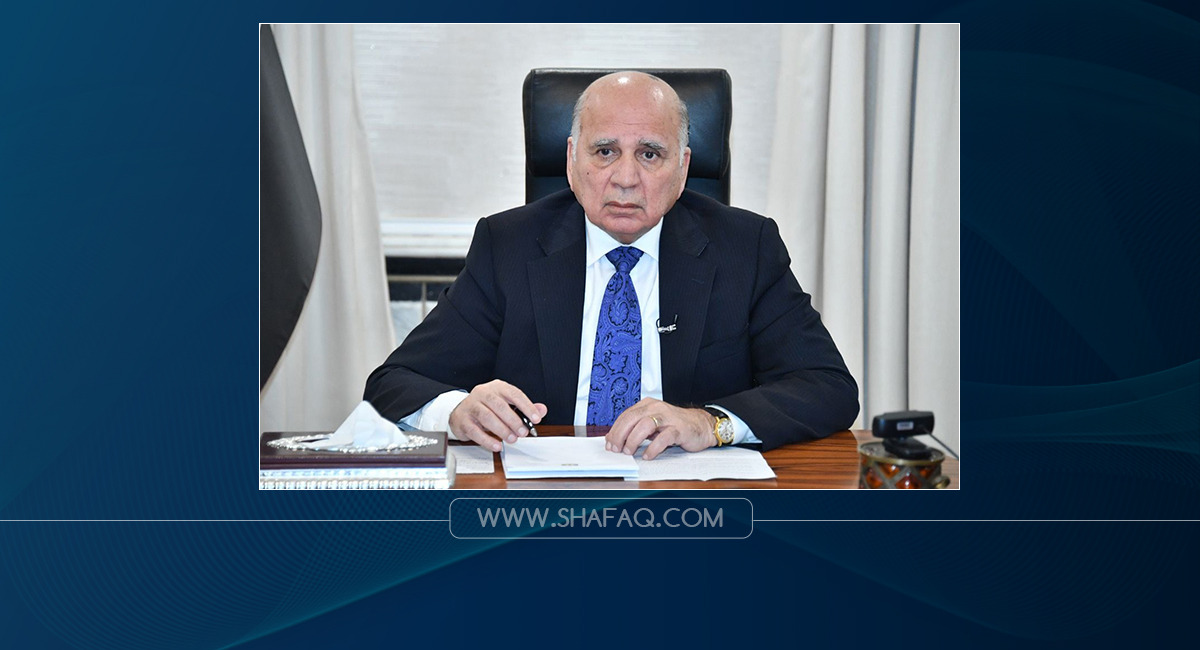 Shafaq News/ On Saturday, the Iraqi Ministry of Foreign Affairs announced that Minister Fouad Hussein and Arab foreign ministers would head to Russia and Poland to discuss the Ukrainian crisis.

In a statement, the ministry said that Minister Hussein participated via video conference in a meeting of the Arab Contact Group along with the Secretary-General of the Arab League Ahmed Aboul Gheit, and the Egyptian Foreign Minister Sameh Shoukry, Sudanese Ali Al-Sadiq, Algerian Ramtane Lamamra, and the Permanent Representative of Jordan to the Arab League, Amjad Al-Adayleh.

They discussed issues of common interest, including the effects of the Russian-Ukraine crisis, and preparations for their upcoming visit to Moscow and Warsaw on the fourth of April.