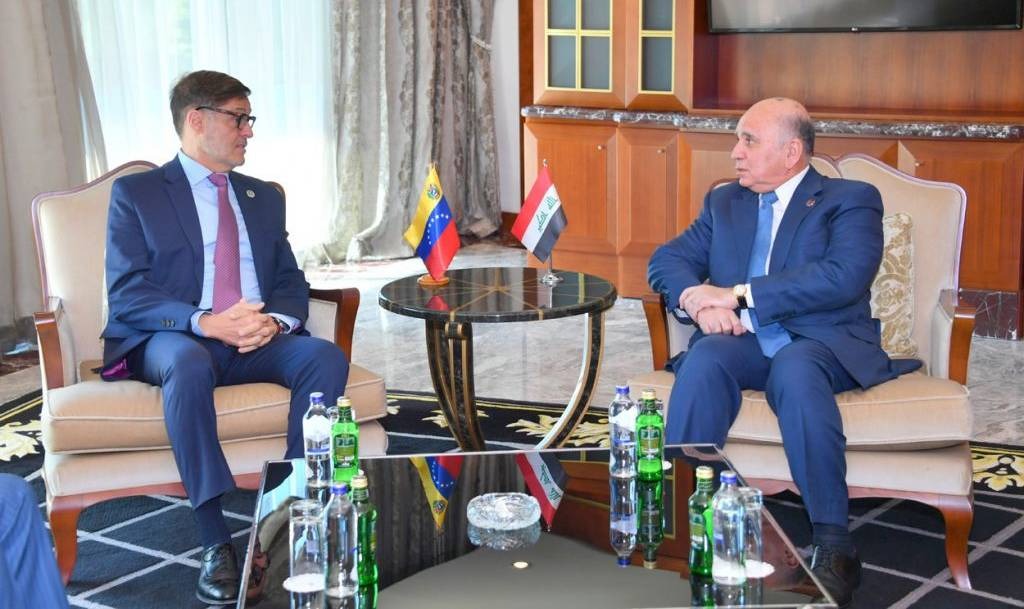 "Minister Fouad Hussein met with his Venezuelan counterpart, Felix Plasencia Gonzalez, on the sidelines of the Antalya Diplomatic Forum.

Both sides discussed bilateral relations, regional and international issues, and other issues of common interests." The Ministry said in a statement.

Hussein expressed Iraq's keenness to find the best relations with the global countries to boost common interests and confront common risks, noting "the importance of coordination in international forums and the United Nations, and working to spread a culture of dialogue and peace and to ensure the establishment of security and stability."

He also called the oil-producing countries to make efforts to confront the world's severe economic challenges.

The statement added that the; Venezuelan Foreign Minister affirmed his country's desire to "strengthen bilateral relations with Iraq in the investment field and find ways to increase oil prices and its repercussions on the OPEC countries."