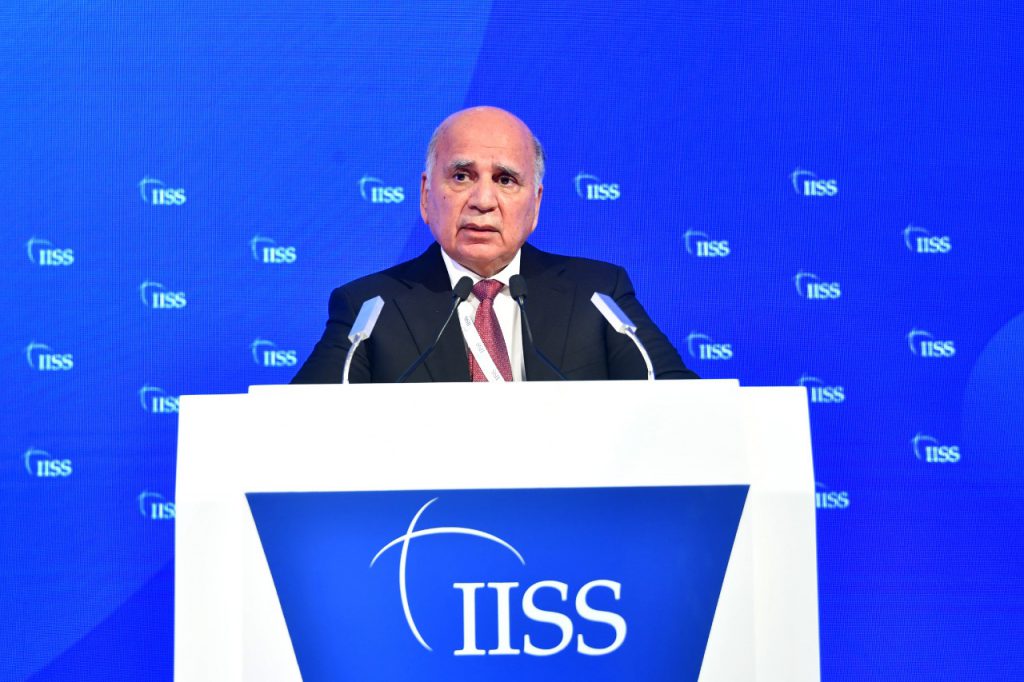 Shafaq News/ Iraqi Foreign Minister Fouad Hussein said on Saturday that the Iraqi government has "intensified" its relations with all parties in the region to achieve stability.

"Iraq will spare no effort in cooperating with the people and countries in the region," pointing out, "New terrorist groups have appeared, although we have made considerable efforts and provided the necessary facilities to eliminate terrorism." the Minister said at the IISS Manama Dialogue.

On the forum's sidelines, the Iraqi Foreign Minister meets with his Bahraini counterpart Abdul Latif Al-Zayani and affirms Iraq's aspiration to strengthen bilateral relations at the political, economic, and health levels.

The IISS Manama Dialogue is now underway. It is a forum for government ministers and members of the expert, opinion-forming, and business communities to debate the Middle East's most pressing security challenges.