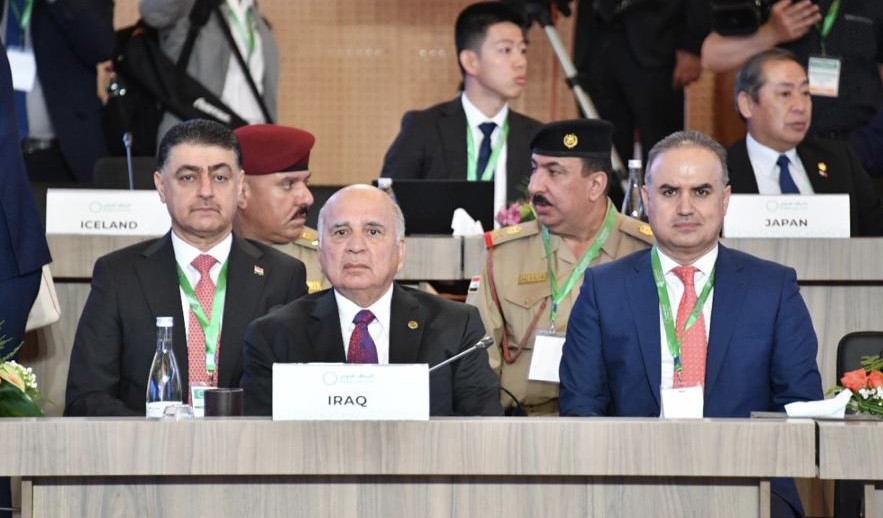 Shafaq News/ The Iraqi Foreign Minister, Fouad Hussein, revealed that 500 families have returned from the Al-Hol camp in Syria to Nineveh Governorate.

Speaking at the first ministerial meeting of the Global Coalition to defeat ISIS in Morocco, Hussein praised "the international efforts, especially the United States, the European Union, Interpol, the League of Arab States, United Nations agencies, and its mission in Iraq (UNAMI) for their continuous support to Iraq in combating terrorism, restoring stability and reconstruction in the liberated areas, and supporting in the fight against terrorism."

"We thank the NATO mission for its efforts in security capacity building, training, and advice in Iraq." He added.

Hussein called on the Global Coalition countries to "provide help in moving the displaced, and setting up rehabilitation programs," revealing that about 500 Iraqi families came to Al-Jada'a camp in Nineveh Governorate, most of whom were women and children.

The minister also called for "the necessity of making more efforts to control the borders to prevent the terrorists from entering Iraq, and monitoring the suspicious financial operations and illegal trade for the benefit of terrorist organizations."

He also called on countries to fulfill the commitments they made at the Kuwait Conference to reconstruct the liberated area.

"The Global Coalition against Daesh" held its first ministerial meeting in Marrakech on Wednesday at the joint invitation of Moroccan Foreign Minister Nasser Bourita and US Secretary of State Antony Blinken.

The meeting aims to address ISIS's growing threat in Africa and efforts to combat this threat in Iraq, Syria, and Afghanistan.

Transferring families from al-Hol to Al-Jada’a was forced by the U.S., MP says