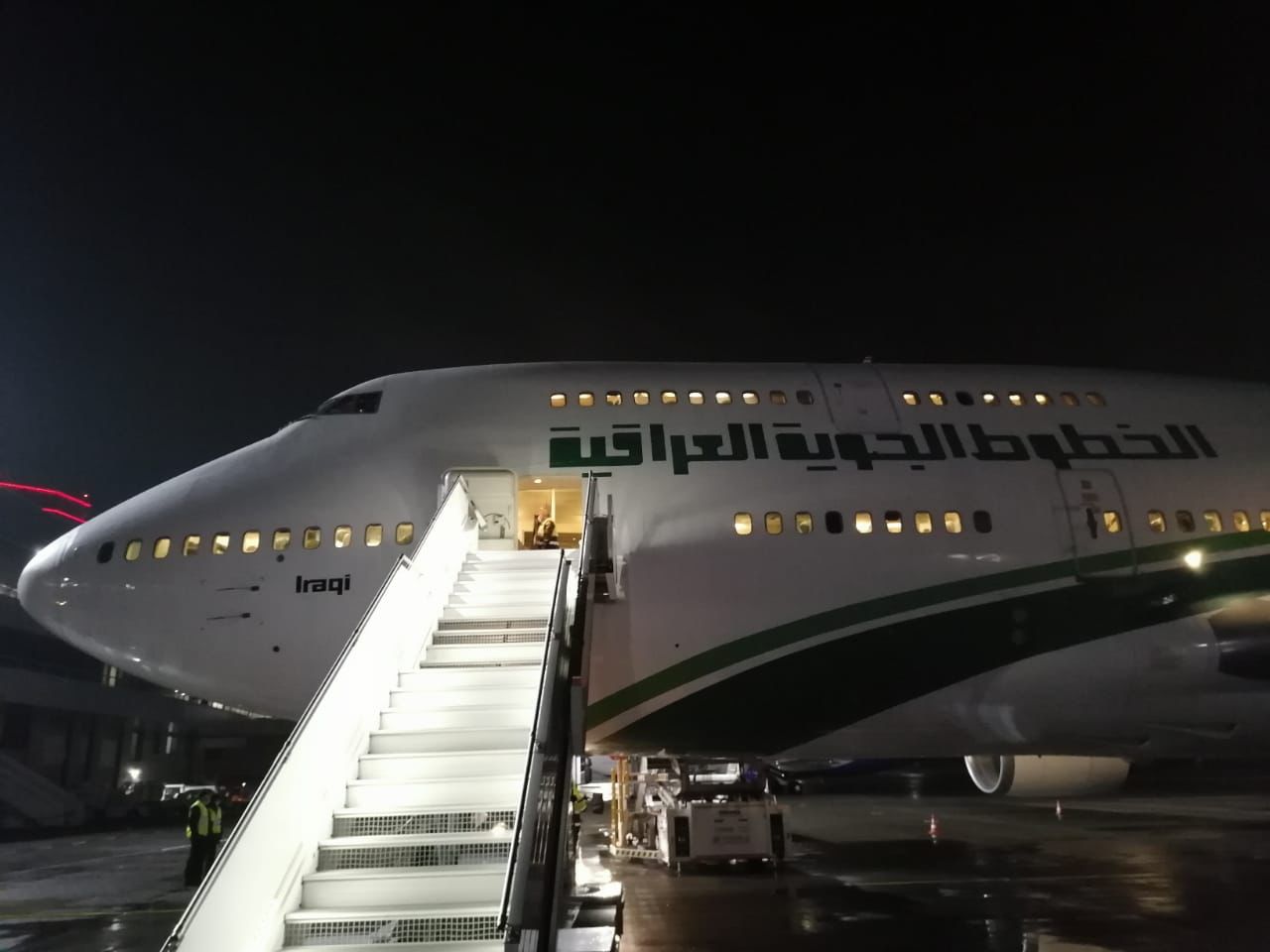 Shafaq News/ More than 400 Iraqis boarded the repatriation flight heading to Baghdad this morning from Minsk, the Director-General of the State-owned Iraqi Airways (IAW), Abbas Omran, said on Saturday.

Omran said in a statement he released earlier today that 420 Iraqis were evacuated in the fourth flight operated by the Iraqi Aviation agency.

So far, 1,452 Iraqis have voluntarily repatriated from Belarus. The number is expected to increase with more flights being scheduled.