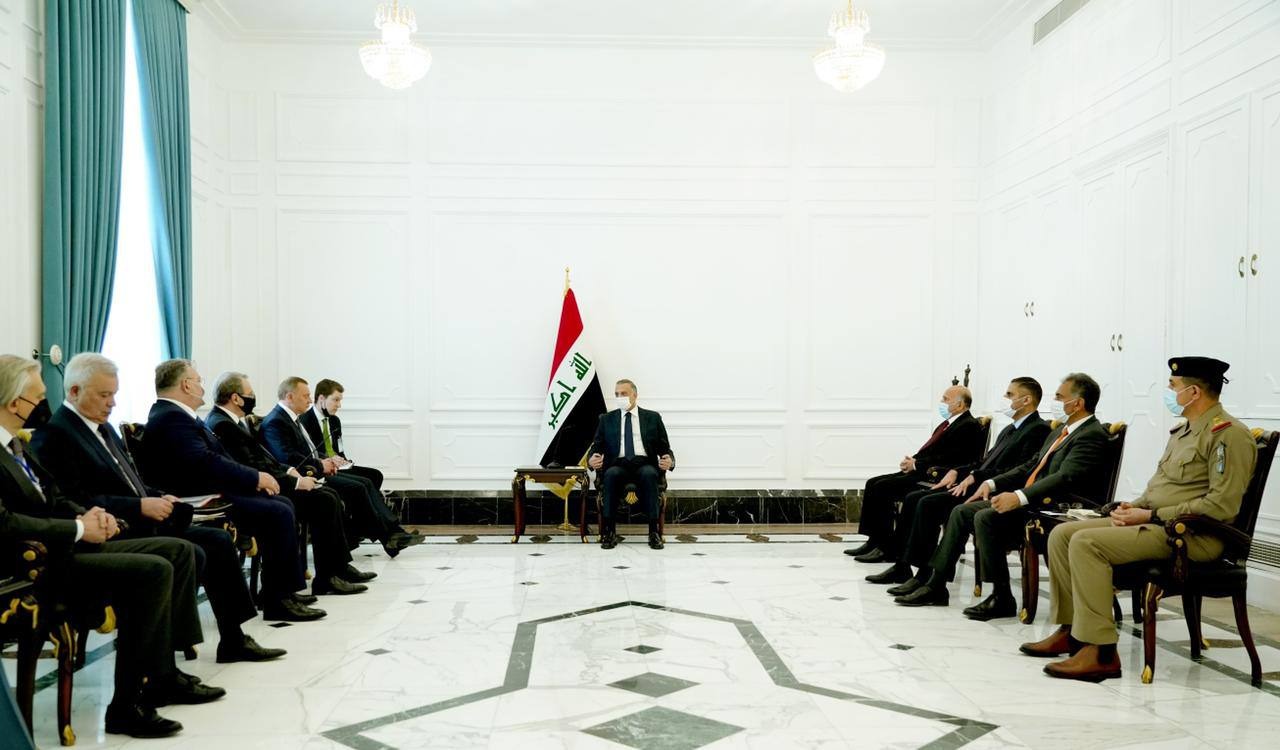 Shafaq News / Iraq’s Prime Minister Mustafa Al-Kadhimi confirmed, on Thursday, that Iraq is following “the policy of openness” to all international partners.

Al-Kadhimi’s Media Office said in a statement the PM received the Russian Deputy Prime Minister Yuri Borisov and his accompanying delegation, and discussed the international and regional situations, especially the situation in Syria, and Iraq's efforts for creating sustainable development that consolidates peace and stability.

According to the statement, the two sides discussed joint cooperation in the field of combating terrorism and extremism and supporting Iraq in its battle to eliminate the remnants of terrorism.

Al-Kadhimi stressed that Iraq follows “a policy of openness to all international partners, by enhancing opportunities to attract international investments, including those for Russian companies.”

The PM expressed supports to trade exchange between Iraq and Russia, as well as cooperation in the health field by providing the Russian COVID-19 vaccines.

The Media Office stated that the two sides discussed ways of Russia’s participation in supporting the electoral process in Iraq by providing international observers.

On the Iraqi-Russian Joint Committee for Trade and Economic, Scientific and Technical Cooperation, the statement said it would hold its meetings soon.

For its part, the Russian delegation conveyed greetings from the Russian President Vladimir Putin and his aspiration to enhance bilateral relations between the two countries, as well as delivering Al-Kadhimi a written message from the Russian Prime Minister Mikhail Mishustin related to strengthening bilateral cooperation ties between Iraq and Russia.