Iraq invites its neighbors to a dialogue in Baghdad 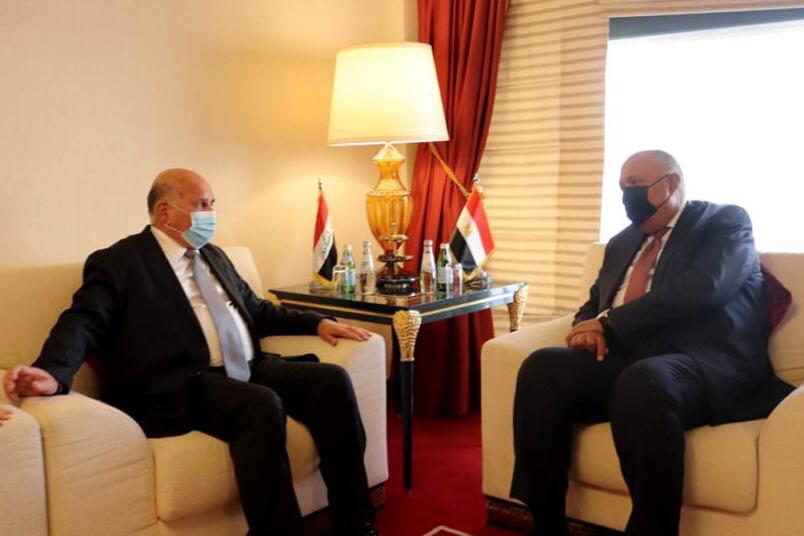 Shafaq News/ The Iraqi Minister of Foreign Affairs, Fuad Hussien, invited the neighboring countries to hold talks in Iraq to converge the views and bolster dialogue to ultimately address issues of mutual interest.

A statement of the Ministry on Monday said, "Hussein met the Minister of Foreign Affairs of the Arab Republic of Egypt, Sameh Shoukry, on the sidelines of his visit to Doha to participate in the consultative meeting of Arab foreign ministers hosted by the State of Qatar."

According to the statement, they "discussed ways to advance bilateral relations and mutual interests."

The two sides also discussed "the latest developments in the region, the need to make efforts to maintain security and stability, work towards resolving problems and crises through the adoption of dialogue, and not to escalate, because it does not serve the region."

Hussein emphasized "Iraq's keenness to enhance consultation with Egypt, believing in the effective role in the region," noting "the importance of holding the tripartite summit between Iraq, Egypt, and Jordan."

The Iraqi foreign minister called for "convening a dialogue that brings together Iraq's neighboring countries in Baghdad to bring views closer and strengthen the dialogue and negotiation mechanism to resolve all issues of mutual concern to the region."

A new attack targets a transmission line in Baghdad