Iraq gives Spain ISIS flag as a symbol of victory 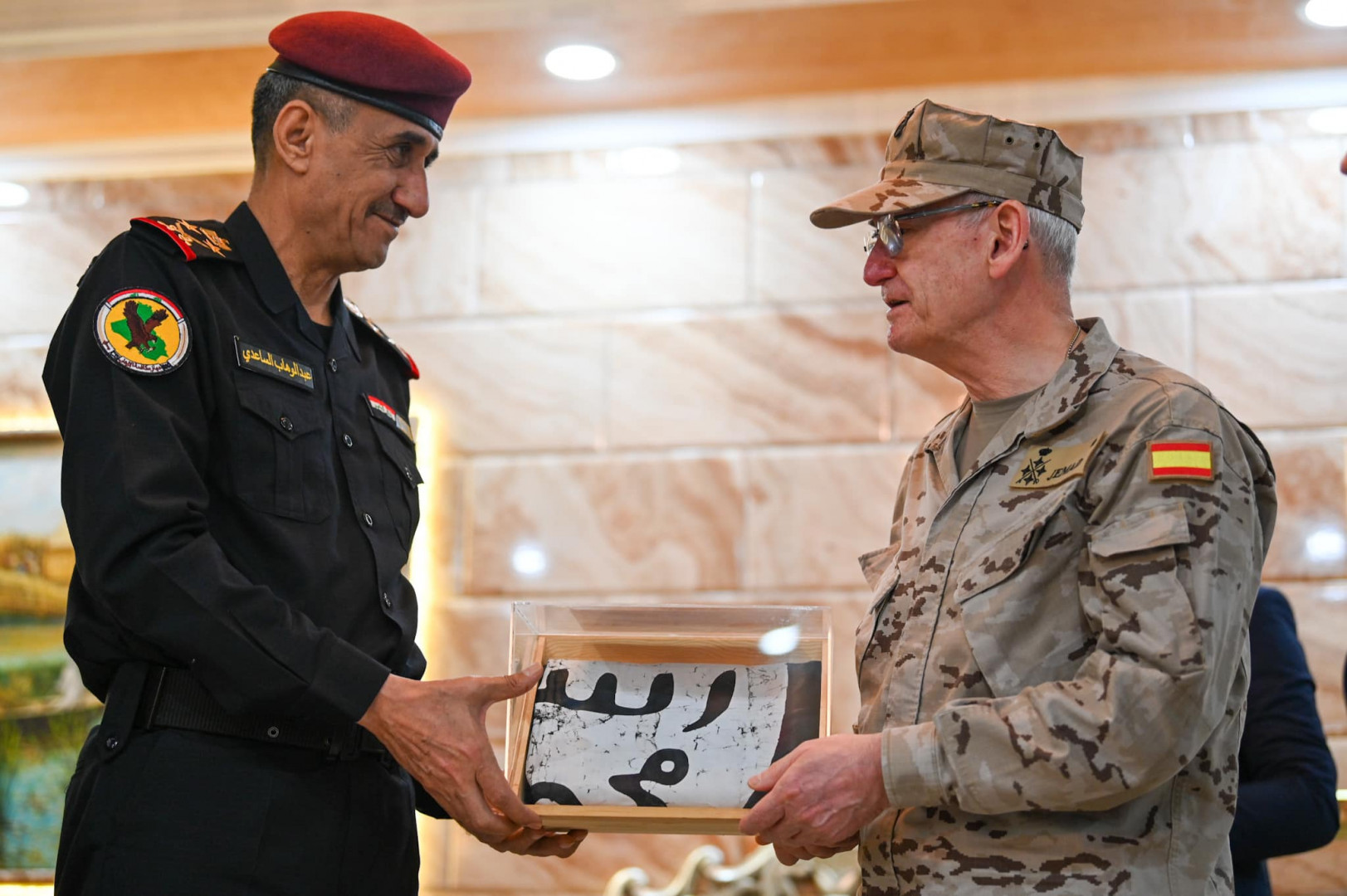 In a statement, the Iraqi Agency said that the two sides discussed bilateral relations and ways of combating extremist terrorist organizations in the region and the world, strengthening the ties between the two countries in the technical field.

For his part, the head of the Counter-Terrorism Service valued the Spanish visit and presented a brief of the military operations carried out in the last two years against the remnants of terrorism in the country.

According to the statement, Al-Saadi presented the Spanish Official ISIS flag, which was seized by the Iraqi forces during the battle of Mosul, as a symbol of the victory.