Iraq expressed solidarity with Turkey in the Earthquake disaster 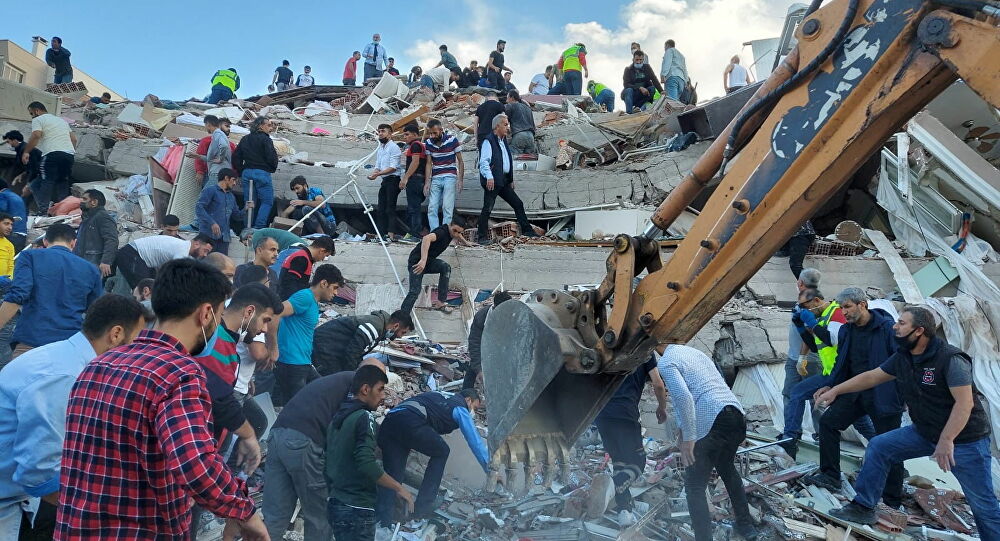 Shafaq news/ About 27 people were killed in Turkey and Greece after a strong earthquake struck the Aegean Sea on Friday, bringing buildings crashing down and setting off tidal waves which slammed into coastal areas and islands.

People ran onto streets in panic in the Turkish city of Izmir, witnesses said, after the quake struck with a magnitude of up to 7.0. Neighborhoods were deluged with surging seawater which swept debris inland and left fish stranded as it receded.

According to Reuters, Turkey’s Disaster and Emergency Management Presidency (AFAD) said 17 people died one due to drowning, while 709 people were injured. On the Greek island of Samos two teenagers, a boy and a girl were found dead in an area where a wall had collapsed.

The Iraqi PM Mustafa Al-Kadhimi sent a message to the Turkish president expressing Iraq’s support for its “neighbor” Turkey and readiness to provide assistance in any field upon the request of the Turkish government and the people of Izmir."

For its part, The Kurdish president, Nechirvan Barzani expressed his condolences via twitter saying, “My deepest sympathies and respect go out to the victims’ families of the earthquake that struck Turkey and Greece yesterday."

Turkey to grant entry visas to Iraqis from Mosul