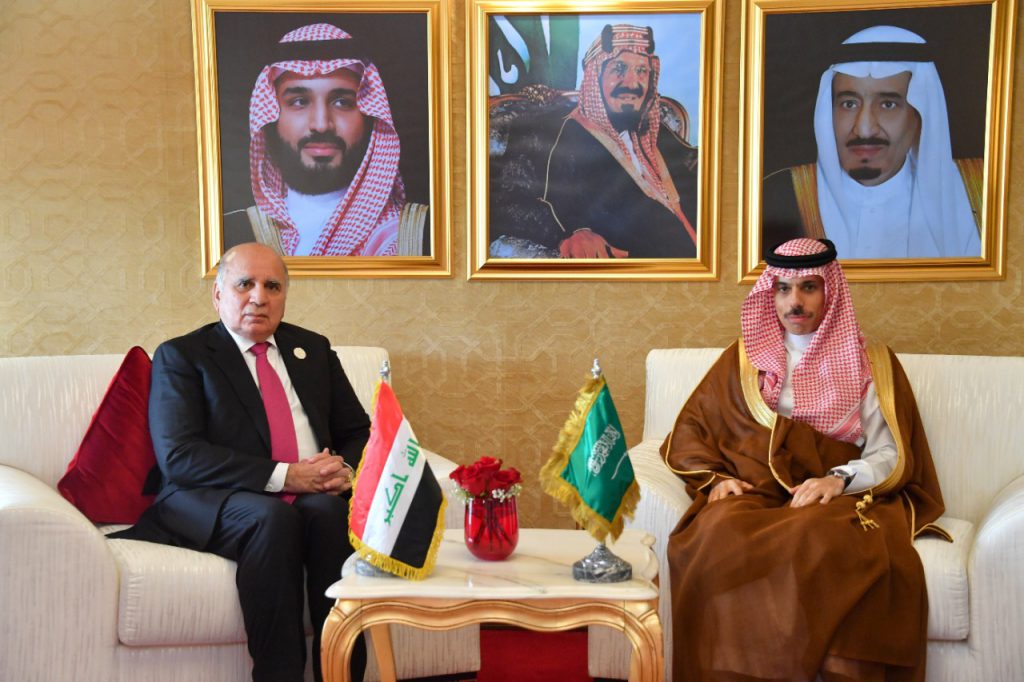 Hussein's remarks came during a meeting he held with his Saudi counterpart, Faisal bin Farhan, on the sidelines of the 20th Doha forum hosted by Qatar.

According to a readout issued by the Iraqi Ministry, Hussein expressed "Iraq's denouncement and condemnation to the attacks on the Kingdom of Saudi Arabia's land and its vital and civil facilities."

The meeting touched upon coordination and cooperation prospects between the two neighboring countries and the challenges facing the region in general.

Hussein and bin Farhan exchanged views on a spectrum of issues of mutual interest and "peaceful solutions that might achieve security and stability, push forward the march of cooperation, and meet peace and development aspirations."