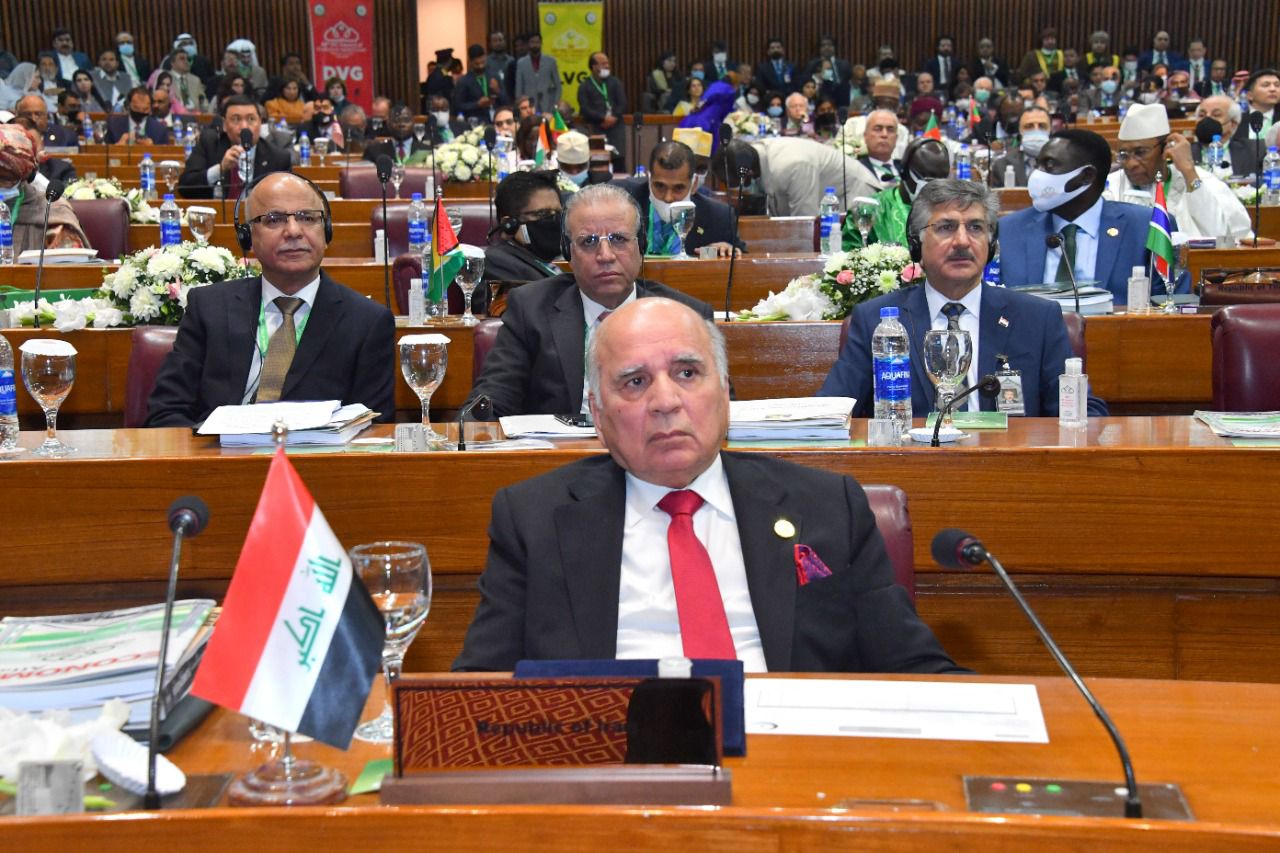 This came during Hussein's participation in the meeting of the Council of the Foreign Ministers (CFMs) of the Organisation of Islamic Cooperation (OIC), which began in Islamabad on Tuesday.

The Minister said in his speech that Iraq's victory over ISIS proved the country's Democratic identity, noting that the government currently prioritizes the file of the IDPs and their voluntary return to their homes.

Hussein called on the International community to support Iraq in recovering its stolen artifacts, and indicated that his country looks forward to building new relations with all countries.

In 2021, Iraq recovered 17,000 artifacts, and the clay tablet featuring the Epic of Gilgamesh, from the US.