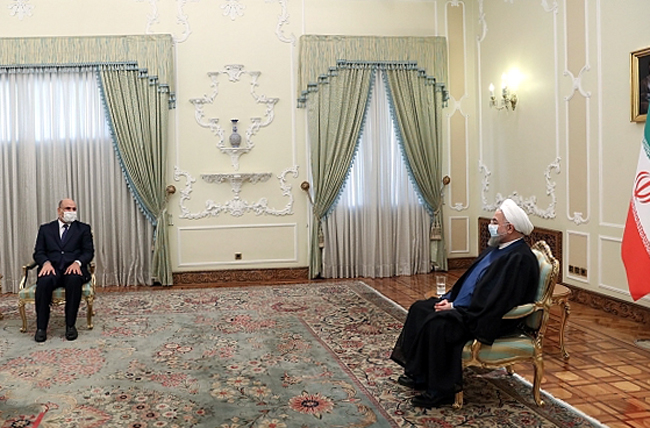 Shafaq News / The Iraqi Ministry of Foreign Affairs announced, on Thursday, that Ambassador Naseer Abdul Mohsen Abdullah has presented his credentials as a “high-ranking ambassador” to Iranian President Hassan Rouhani.

"The new ambassador discussed with Iran’s Rouhani the ways to strengthening relations between the two neighboring countries." in statement issued by the ministry.

According to the statement, the ambassador delivered a message from the Iraqi president to Rouhani expressing the necessity for joint work between the two countries.”