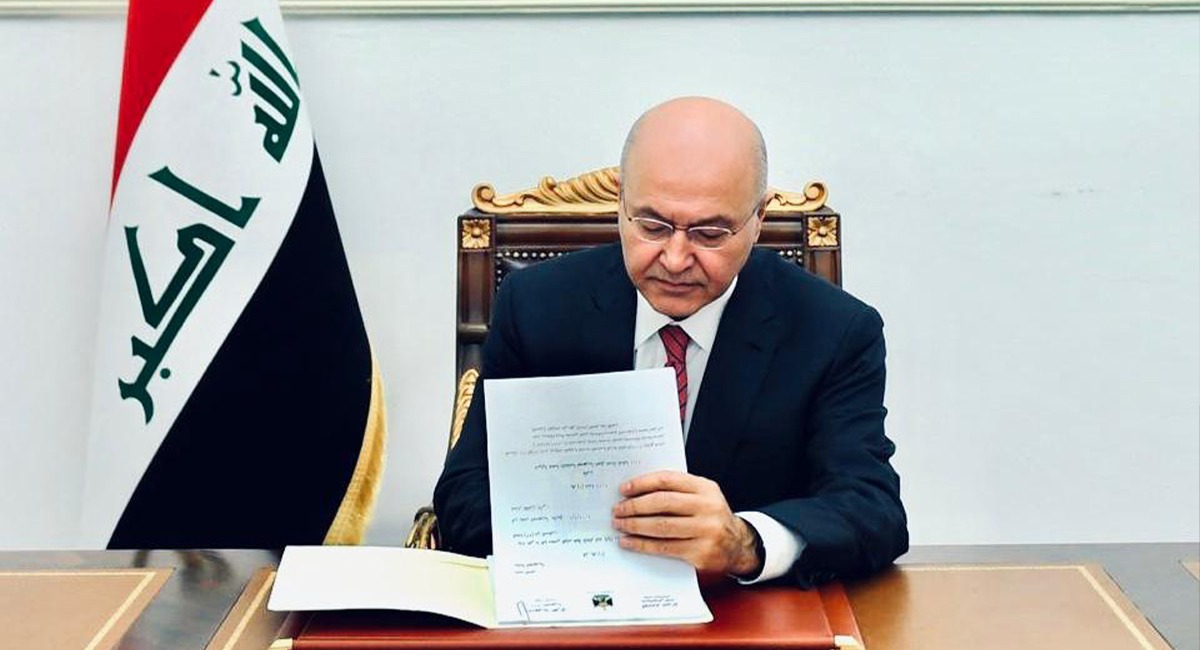 In a statement received by Shafaq News agency, the Republic's Presidency stated that Saleh officially approved Iraq's accession to the Paris Agreement on Climate Change.

"The approval comes to face the threats posed by climate change and to address the emission of greenhouse gases and carbon," Saleh said.

The Paris Agreement is a legally binding international treaty on climate change. It was adopted by 196 Parties at COP 21 in Paris on 12 December 2015 and entered into force on 4 November 2016. Its goal is to limit global warming to well below 2, preferably to 1.5 degrees Celsius, compared to pre-industrial levels.