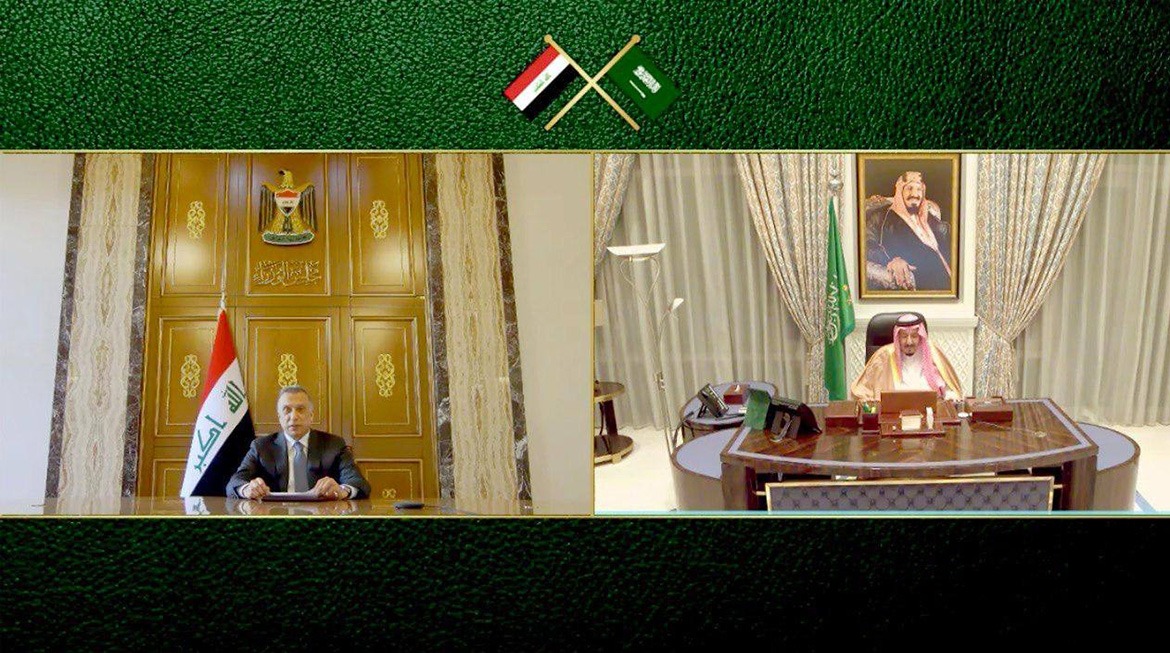 Shafaq News / Iraq and Saudi Arabia stressed on Thursday the importance of enhancing cooperation and expanding political, security and economic relations between the two countries.

The Media Office of the Iraqi Prime Minister said in a statement that Al-Kadhimi held a virtual meeting with Saudi King Salman bin Abdulaziz to discuss issues of common interests.

The Office indicated that a joint statement of the two sides praised the Iraqi-Saudi relations and emphasized the role of the Saudi-Iraqi Coordination Council.

The Iraqi PM and the Saudi king stressed the necessity of expanding the bilateral cooperation in various fields, especially political, security, trade, investment and tourism.

On regional issues, the two sides agreed to increase coordination to support the security and stability in the region and to keep it away from tensions.