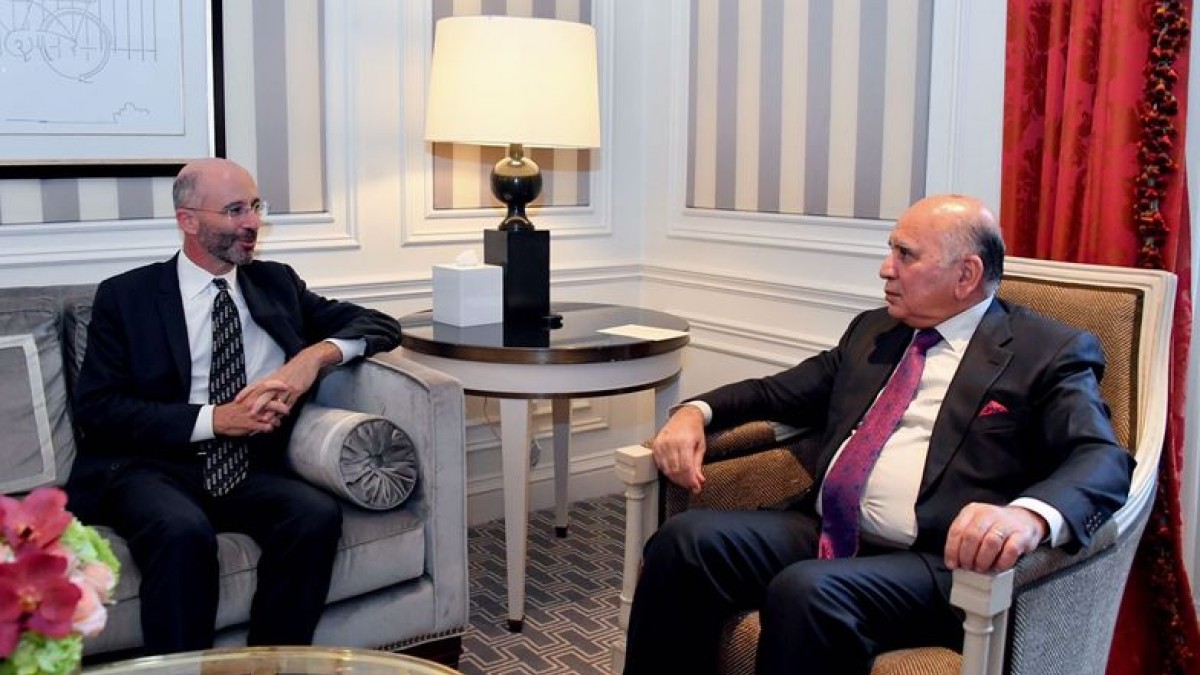 According to a statement, the two parties discussed political and security developments in the region and the US-Iranian relations.

The Iraqi minister stressed, "the importance of enhancing stability and introducing opportunities for coordination, especially since Iraq follows the principle of de-escalation and the consequent interests of all parties."

He referred to "the electoral process that took place on October 10, which reflected a popular demand and expressed the interest of the national forces."

For his part, Malley commended "Iraq's important role in the region and its quest to link between the countries of the region to resolve differences through dialogue and peaceful methods."

Iran's UN Ambassador refutes US accusations about the attacks in Iraq, Syria