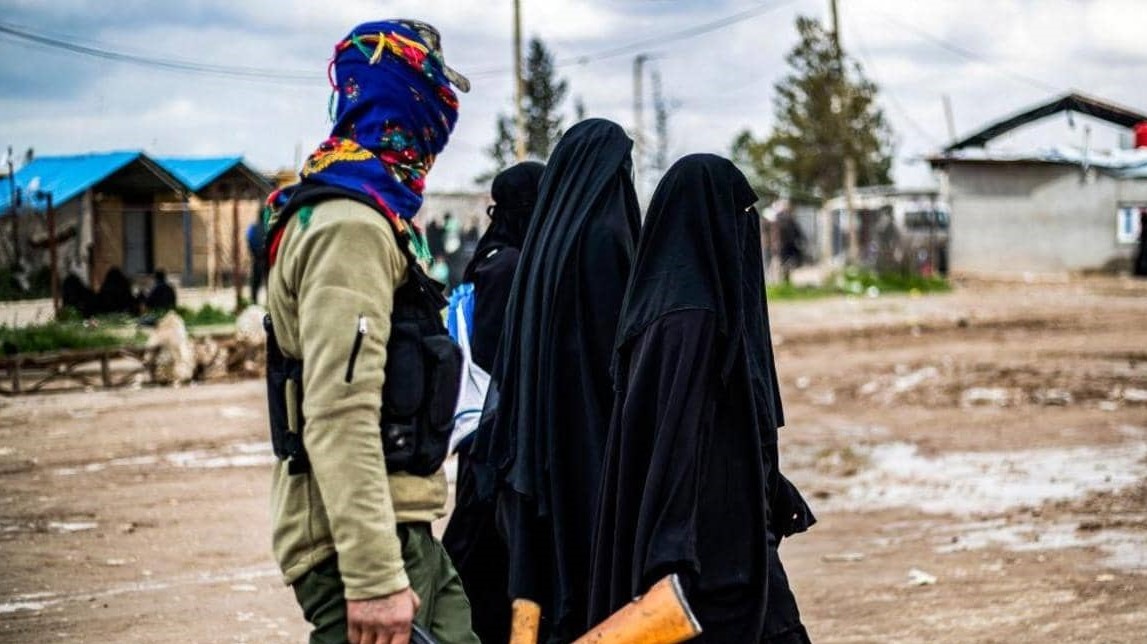 Shafaq News / the Baghdad/ Rusafa Criminal Court sentenced a terrorist to 15-year jail terms on Monday for affiliating to ISIS.

According to a statement by the Supreme Judicial Council, the security forces have arrested the terrorist Abu al-Hassan al-Quraishi in his home in al-Ghazaliya district, west of the capital, Baghdad.

The security forces seized of al-Quraishi's house a mobile phone that contains videos of conversations with terrorist leaders, and photos of him wearing ISIS military uniform, as well as other photos of ISIS members.

Al-Quraishi admitted to his belonging to ISIS in 2015 when he detained innocent citizens and threatened many families to leave their houses.

He confessed that in 2017, he fled to Syria with the advance of the security forces in the west of the country.

The Rusafa Court decided to uphold a 15-year prison sentence against the terrorist.