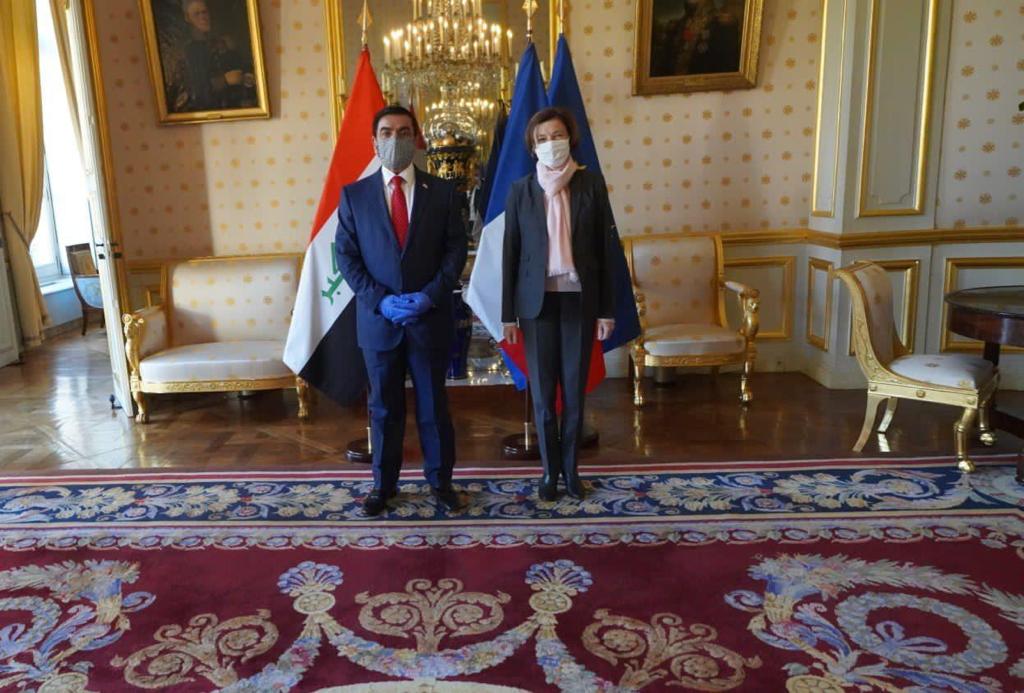 Shafaq News / The Iraqi delegation headed by the Defense Minister Juma Inad Saadoun discussed with the French side the situation in the two countries and ways to strengthen the relations, the ministry said in a statement.

“The visit to the French capital aims to strengthen cooperation between the two countries in the training and arming Iraqi forces and combating terrorism.” It added.