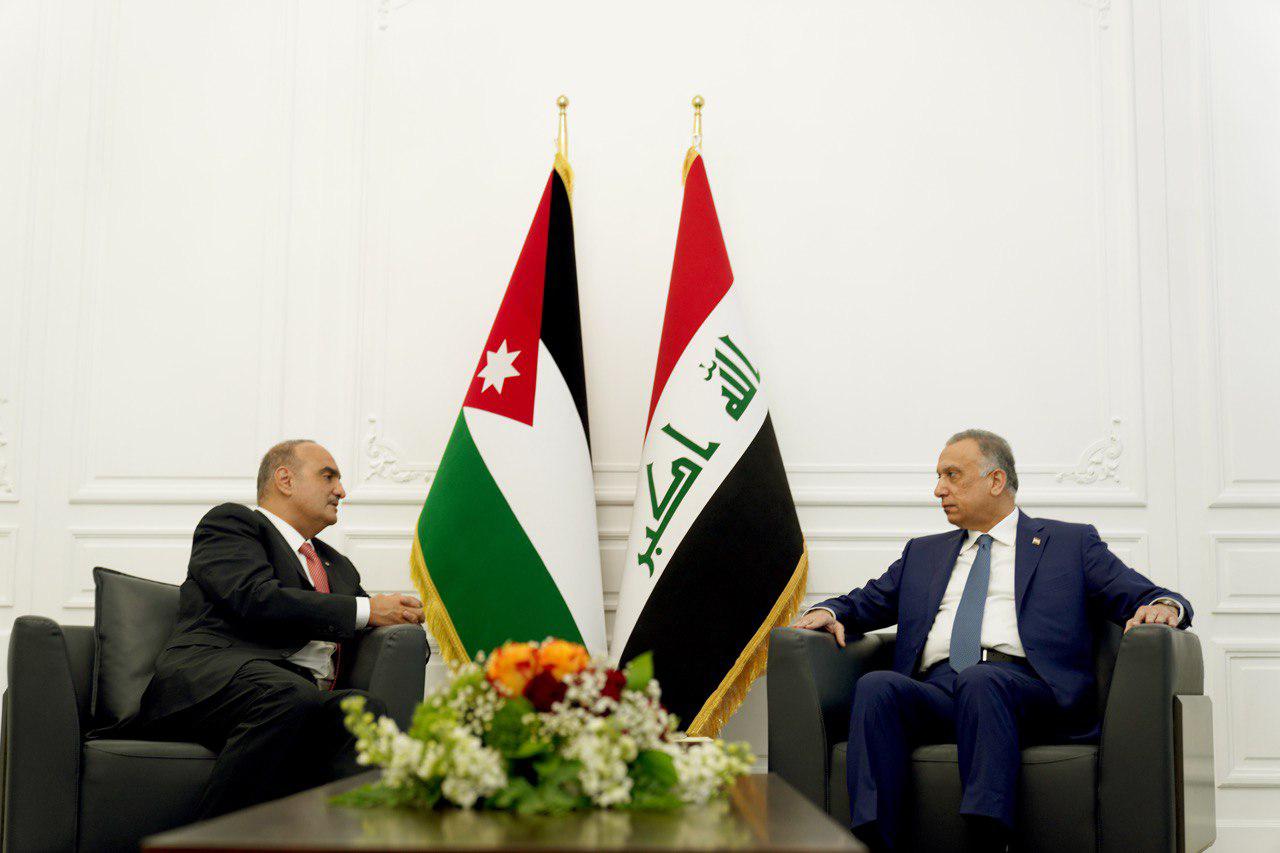 Iraqi PM discussed his Jordanian counterpart relations between the two countries and common regional and international issues, in addition to ways to strengthen and develop bilateral relations between Baghdad and Amman. Al-Kadhimi's office said.