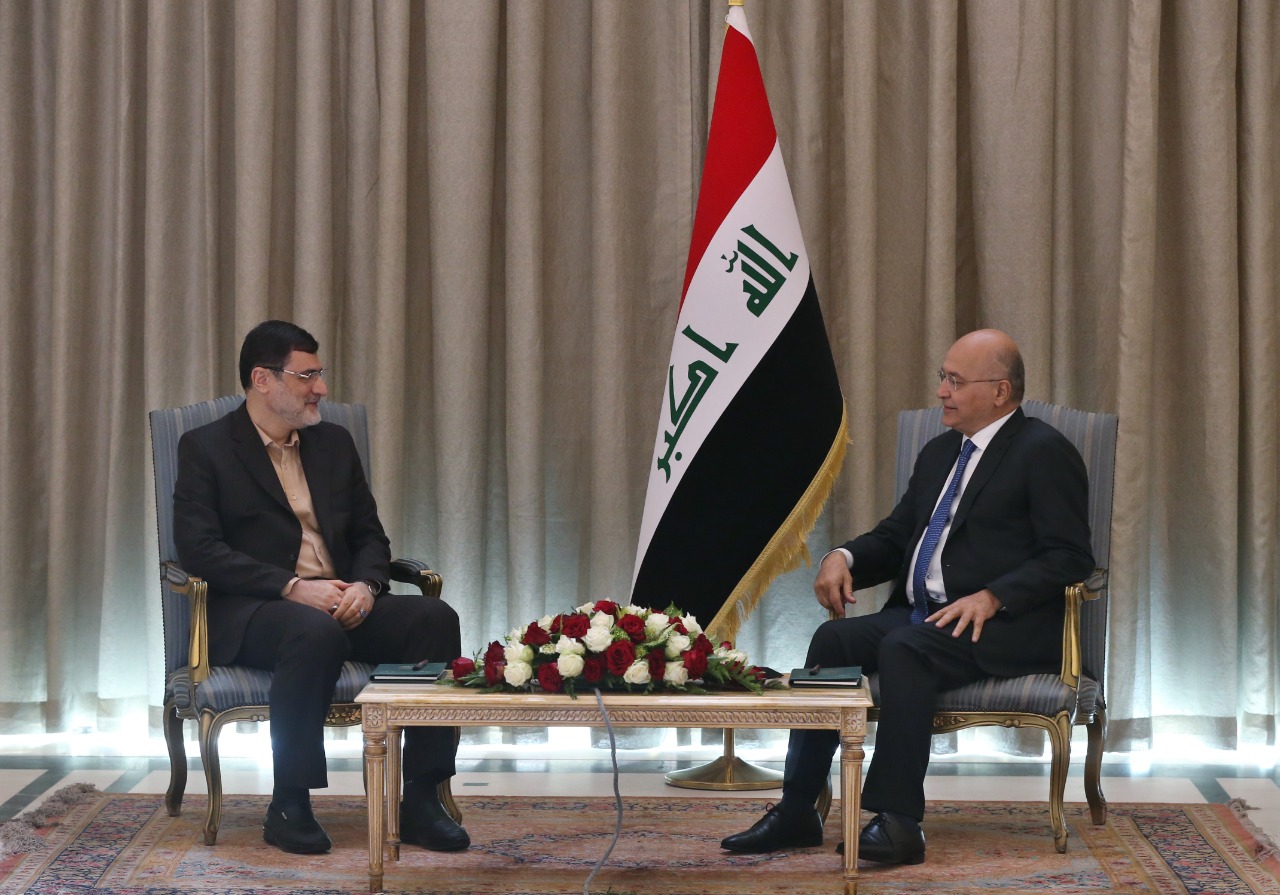 Shafaq News/ During his visit to Iraq, the Iranian Vice President and head of Foundation of Martyrs and Veterans Affairs, Amir Hossein Ghazizadeh Hashemi, met with the Iraqi President Barham Salih and Parliament Speaker Muhammad al-Halbousi.

According to a statement by the Iraqi Presidency, the top Iranian official conveyed the greetings of Iranian President Ibrahim Raisi to Saleh, who, in turn, sent greetings to Raisi.

Both sides discussed the "close ties between the two neighboring countries, and stressed the need to boost relations and exchange experiences in various sectors as well as activate the concluded understandings and agreements."

Later, Ghazizadeh met with the Speaker of the Iraqi Parliament, Muhammad al-Halbousi, in the presence of the Iraqi head of the Martyrs Foundation, Abdul Ilah al-Naeli.

They discussed "the joint memorandum of understanding that includes mechanisms of cooperation and partnership between the two countries in the issue of martyrs, victims and their families."

Al-Halbousi affirmed that the Iraqi Parliament supports the "memorandum of understanding and the work of the Martyrs Foundation and all steps that serve this case and guarantee the rights of martyrs."

For his part, the Iranian Vice President congratulated Al-Halbousi for assuming his position for the next session, conveying the greetings of the Iranian President and Shura Council Speaker Muhammad Baqer Qalibaf.

He also delivers Al-Halbousi an official invitation to visit Iran.

Ghazizadeh said that Iran supports Iraq in various fields and seeks to enhance cooperation between the two countries to "serve the interests of the two friendly people."