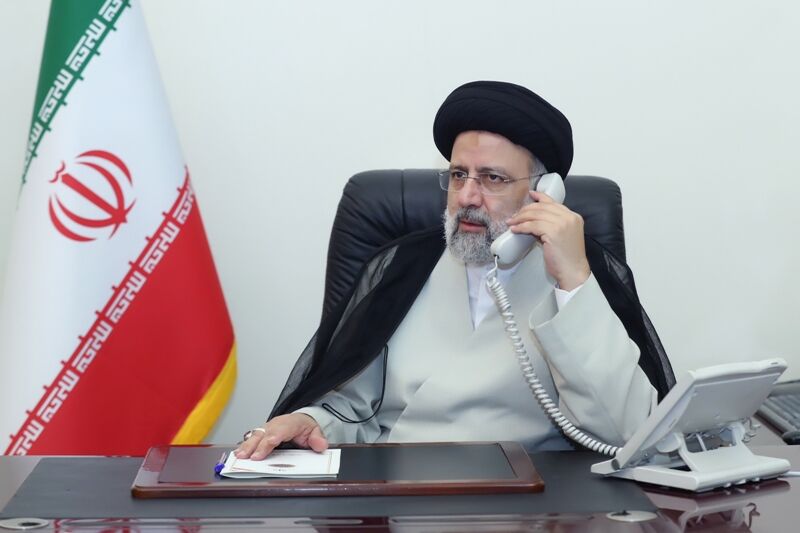 Iran welcomes the expansion of ties with France on the basis of common interests and mutual respect, Raisi noted, urging the promotion of economic and trade interaction between the two states.

Denouncing the US for the "repeated and brazen violation of its JCPOA commitments and deploring the European troika’s failure to honor the 2015 nuclear deal", President Raisi said, “The Americans have blatantly breached their commitments by imposing new sanctions (on Iran) and have even extended the new sanctions to the domain of humanitarian items.”

On the recent developments in the maritime zones south of Iran, President Raisi said, “The Islamic Republic is very serious about ensuring security and maintaining deterrence in the Persian Gulf region and the Sea of Oman, and will counter the elements upsetting security.”

The Iranian president finally touched on the situation in Lebanon, stressing that Tehran will support any measure contributing to Lebanon’s stability and security and the improvement of the Lebanese people’s economic conditions, and noted that Iran welcomes France’s cooperation in this regard.

For his part, Macron congratulated the Iranian president on taking office, saying Iran and France can work in cooperation to establish peace and stability in the region.

Pointing to the US’ unilateral withdrawal from the JCPOA and suspension of implementation of the nuclear deal, the French leader said his country is weighing plans for a solution and hopes that the negotiations on the revival of the agreement would restart.

On the issue of maritime security, Macron stressed the need to create a framework for stability and make sure that stability prevails in all spheres, such as the seas.

Macron finally called for the continuation of dialogue between Paris and Tehran with the purpose of deepening the bilateral relations.