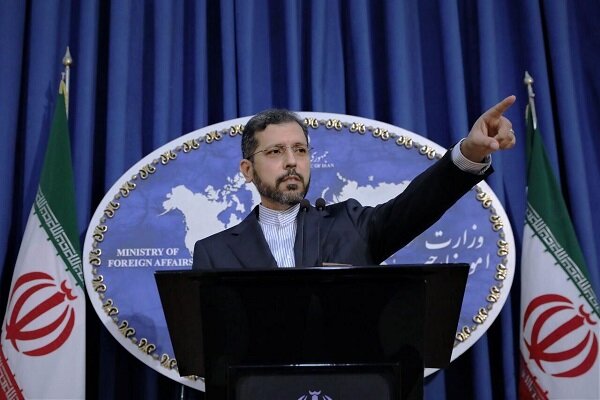 Shafaq News / On Monday, the Iranian Foreign Ministry announced an agreement with Iraq to provide assistance in revealing those involved in the attempt to assassinate Iraqi Prime Minister Mustafa Al-Kadhimi.

Iranian Foreign Ministry spokesperson Saeed Khatibzadeh said in a press conference, "Iraq does not need any mediation. It has a government, and it has good relations with Iran, which continues its assistance for the stability of Iraq."

Khatibzadeh added, "What is important for Iran is the stability of Iraq, and we must wait for the results of investigations by Iraqi institutions."

He stressed the need for everyone to help uncover "those who ordered and executed in this attempt," considering that the United States, as "the source of security chaos in Iraq."

Earlier this morning, Iran's Commander of the Quds Force General Ismail Qaani arrived in the Iraqi capital, Baghdad, on an unannounced visit.

Qaani expressed his rejection of the attempt to assassinate Prime Minister Mustafa Al-Kadhimi.

A source told Shafaq News Agency that Qaani met with the Iraqi Prime Minister and confirmed his total rejection of the assassination attempt.

He added that the Iranian Commander informed Al-Kadhimi that Tehran was "not aware of this operation, and did not know the party behind it."

Qaani also expressed Tehran's readiness to participate in the investigation.

The source pointed out that Qaani met with the leaders of the prominent Iraqi factions and refused any escalation against the Iraqi government, calling them to accept the results of the elections and work to "unify the Shiite political position for the next stage."

According to the source, the brief meeting was conducted in a tense atmosphere.

Some of Al-Kadhimi's guards outside his residence in the heavily-fortified Green Zone were wounded.

Many countries and international bodies condemned the attack.

No one claimed responsibility.