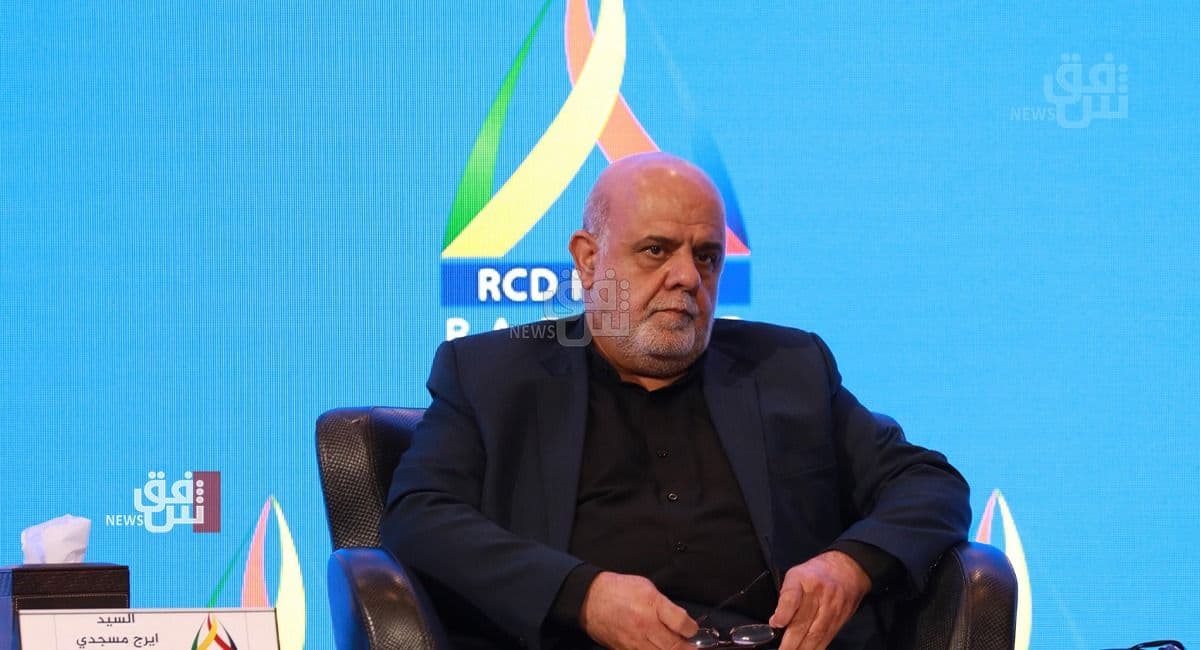 In a speech he delivered on Monday in the "RCD Forum 2021: Solutions" organized by the Rafidain Center for Dialogue (RCD), Masjedi said, "we have solid relations with the Iraqi nation. I announce, officially, that Iraq will strongly assist Iraq in reconstruction."

The Iranian diplomat touched upon the economic ties of his country with Iraq, shedding light on the aid his country provided for Iraq's faltering electricity sector, whether by drawing Electricity or "supplying Iraqi power plants with 47 million cubic meters of Iranian gas despite the unsteady payments."

"Moreover, Iran helped Iraq in the war against ISIS. Iranians were killed in action on Iraqi soil, and their names are registered in the Iraqi Martyrs Association."

Masjedi commended Iraq's role in easing the tension in the region via mediating between the archrivals, Iran and Saudi Arabia. "With the cooperation of the Iraqi government, we held three negotiation rounds with Saudi Arabia in Baghdad. A fourth round will be held after the formation of the new Iranian government."

"Iran expressed willingness to dialogue and peace. It extends the hand of aid and help to the countries of the region and the world," he added, "Iran is a big and civilized country. It always calls for peace, and it is ready for dialogue with any state, including Saudi Arabia."

"There is no need to be concerned about Iran. This view is asserted by the enemies of the region. In fact, our position is transparent, clear, and friendly. We have borders with 15 countries, and our relations with every single one are good."

KDPI accuses Iran of killing one of its members in Erbil

Iran suspends talks in Vienna due to the American "behavior"

Kuwaiti Newspaper: Iran might attack countries in the region from the Iraqi territories