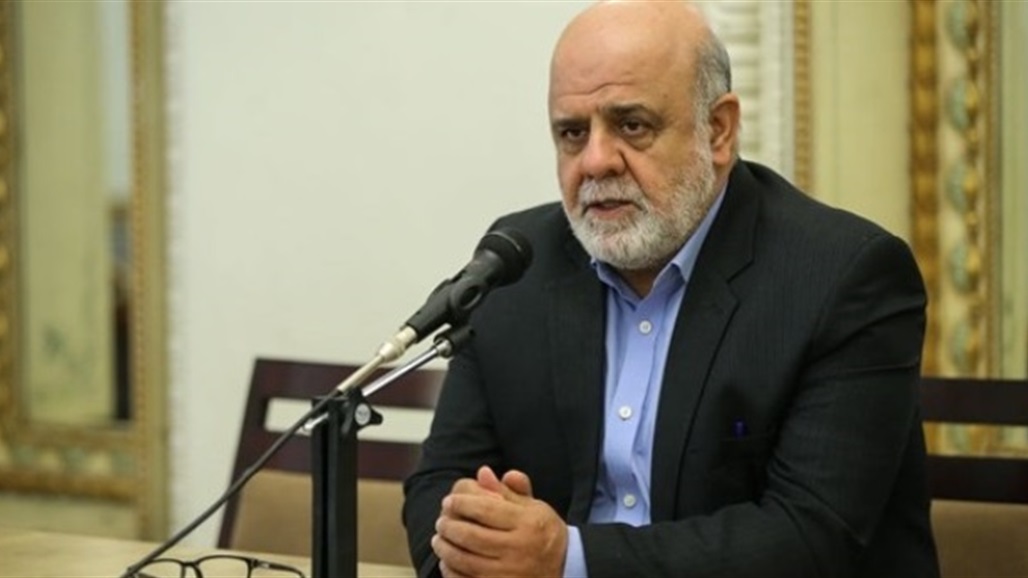 Shafaq News / The Iranian ambassador to Iraq, Iraj Masjedi, confirmed on Saturday that Tehran has no relationship with armed factions outside the Iraqi government.

According to the Iraqi News Agency, Masjedi said, “Iran stills a supporter to preserving the independence of the Republic of Iraq and condemned any outrageous violation of sovereign."

“We do not wish to see any conflicts or bad relations between two major Islamic countries, but the decision is up to the Saudi authorities. And if a third party prepares for such negotiations, then Tehran will welcome that.”

He pointed out that his country seeks to develop friendly relations with Saudi Arabia in all fields, noting that "there are relations between large numbers of citizens of the two countries and that there is a significant trade relations."

"Iraq's relations with Saudi Arabia are an internal matter of the Iraqi government," indicating that his country does not interfere in Baghdad decisions.

Masjedi declared that "Iran condemns any targeting of diplomatic headquarters by any party," saying ”diplomatic missions must be active and protected, this is an international law that cannot be violated."

He added, "Unfortunately we did not see a significant reaction when attacks targeted Iran’s consulates in Basra, Najaf and Karbala, as if they were not diplomatic headquarters."

The Iranian ambassador affirmed “our country hopes that all US military forces withdraw from Iraq based on strategic dialogue between Baghdad and Washington, pointing out that Iran's preliminary position is that the countries are responsible to provide their security, without foreign military forces, including American forces. "

Masjedi stressed that Tehran does not have relations with armed factions but with those in the Iraqi government, adding that" the Islamic revolution in Iran was inspiring to many factions".