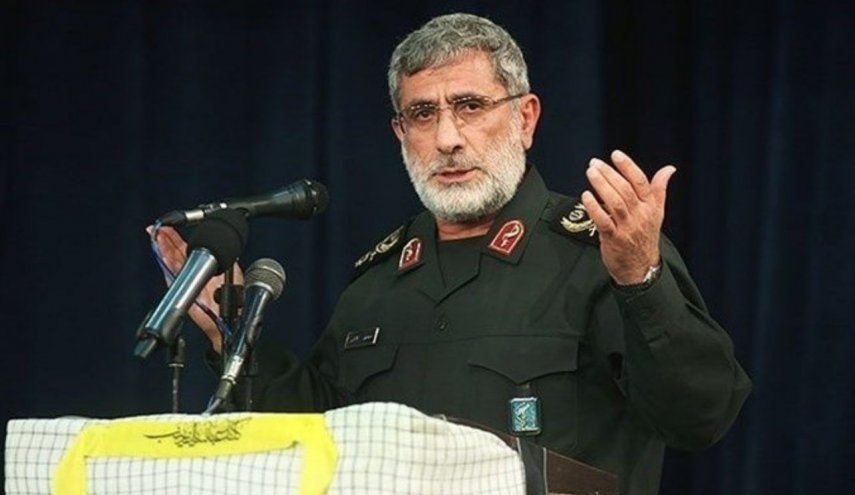 Shafaq News / The Iranian ambassador to Baghdad, Iraj Masjedi, confirmed on Saturday that the commander of the Quds Force in the Iranian Revolutionary Guards, Major General Ismail Qaani, recently visited Iraq to strengthen the relation with the federal government headed by Mustafa Al-Kadhimi.

Iran’ Al-Alam channel today quoted Masjedi as saying that "Qaani met with the Iraqi Prime Minister, the President of the Republic and other Iraqi officials."

He added that all political blocs and resistance factions in Iraq have positive relations with Iran, stressing that Iran does not interfere in the internal affairs of the Iraq.

The ambassador continued saying Trump should not threaten anyone, and if the United States tried to target, and the resistance factions will definitely respond to any attack.

Last November, Qaani visited the Iraqi capital, Baghdad, after the return of the missile attacks that targeted the heavily fortified Green Zone.

This is the second visit of Qaani to Baghdad since he assumed his position.

Human trafficking gang of 11 individuals, including 5 women arrested in Baghdad

Four children rescued from a burning house in Baghdad