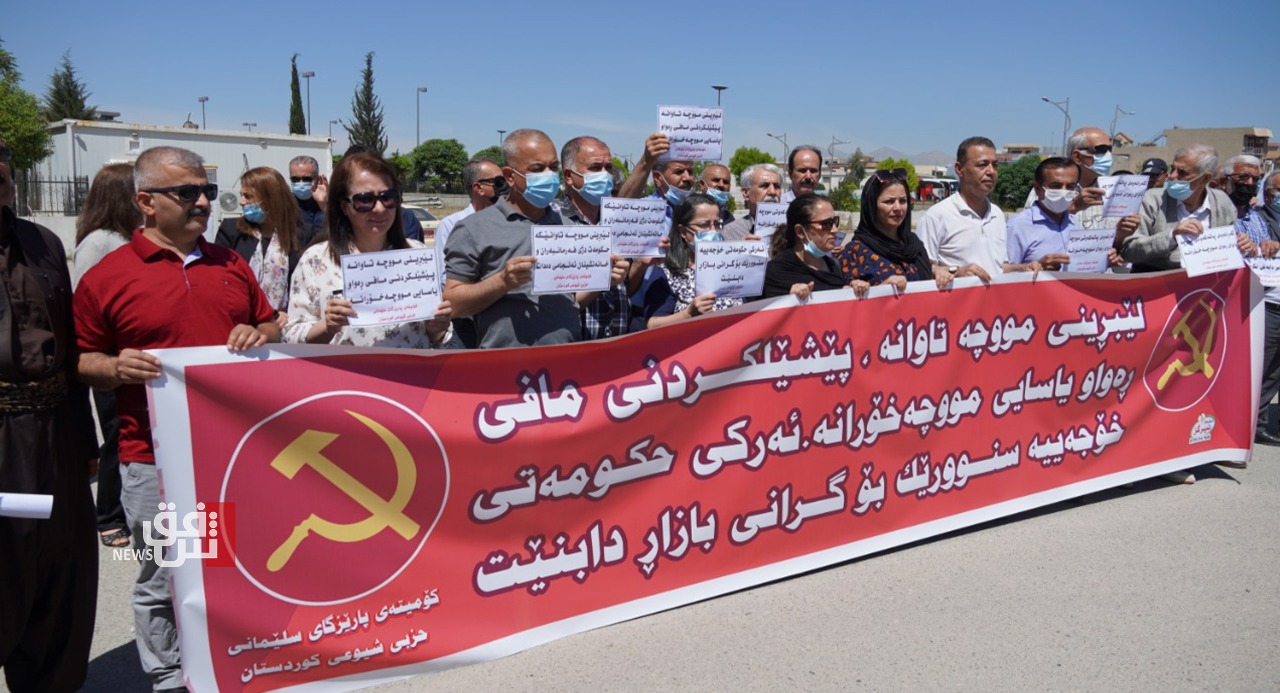 Shafaq News Agency correspondents said that the residents of al-Hilal and al-Mamlaha in al-Muthanna blocked the road leading to the cement plant in the area. The demonstrators demanded granting the residents the priority in job opportunities inside the governorate.

In the same context, dozens of the communist party proponents in al-Sulaymaniyah organized a demonstration near the governorate headquarters demanding abolishing salary cuts and curbing market manipulation.

Othman Hama, a member of the Communist Party, said, "We demand the regional government to refrain from salary cuts," adding, "it is illegal, and it shall be entirely disbursed after bolstering the government incomes."

"The citizens are crushed under the burden of the poor economic situation. The government is in charge of finding the appropriate solutions."