ISIS was active in the areas before launching the attacks against Iraqi and Peshmerga forces, Intelligence says 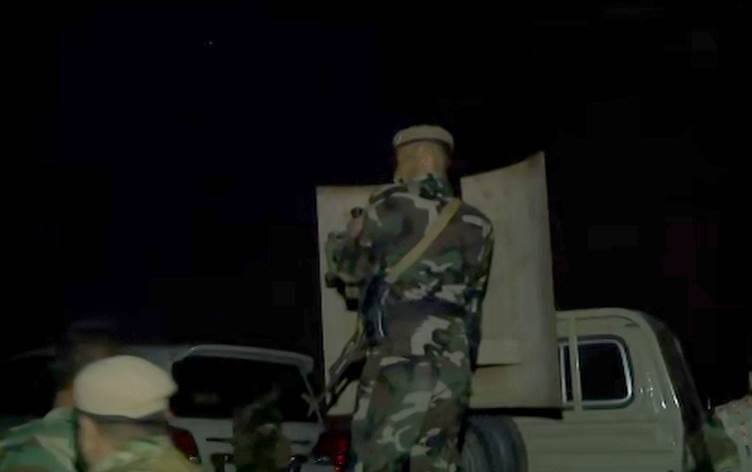 Shafaq News / One day before ISIS militants launched the violent attacks against Iraqi and Peshmerga forces in Kirkuk, Baghdad and Diyala, the Kirkuk Operations Command received intelligence about ISIS's movements in the surrounding areas.

According to the Intelligence which are obtained by Shafaq News Agency, "On the afternoon of April 27, the Joint Operations Command in Kirkuk received information that a group of 209 ISIS elements are moving at the outskirts of the villages adjacent to Wadi Al-Kour and Al-Fakhira affiliated to Al-Rashad district in Kirkuk.

The Intelligence indicated that ISIS elements are probably led by the terrorist “Salah Hadid”, so-called “Abu Saleh”, who was in charge of ISIS training camps in Syria.

"All members of the group were armed with various weapons and would transport explosive devices, mortar bombs and equipment to the outskirts of the villages of the Daquq district, especially after Iftar time in the evening," according to the Intelligence.

ISIS members have been seen in recent days on the outskirts of Al-Rashad and Daquq sub-districts. They forced the villagers to provide them with food, and to pay them zakat to collect money.

The Intelligence reported that ISIS formed a hostile in the area close to the center of Kirkuk district and the main street of Kirkuk - Baghdad, to be next the headquarters of the 45th Brigade of the Iraqi army.