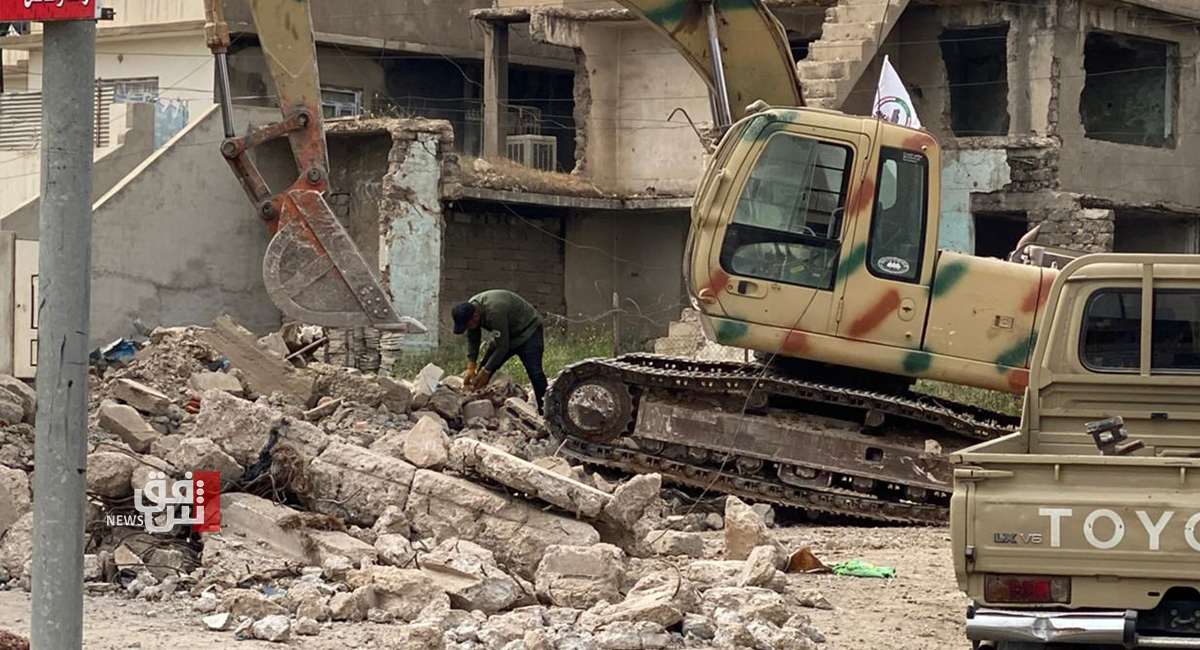 Shafaq News / Al-Hashd al-Shaabi's bomb squad found ISIS terrorists' bodies under the rubble of a building on the right side of Mosul.

A security source told Shafaq News agency that the squad also seized explosive belts and damaged weapons found under the rubble, during a joint campaign with the Mosul municipality.