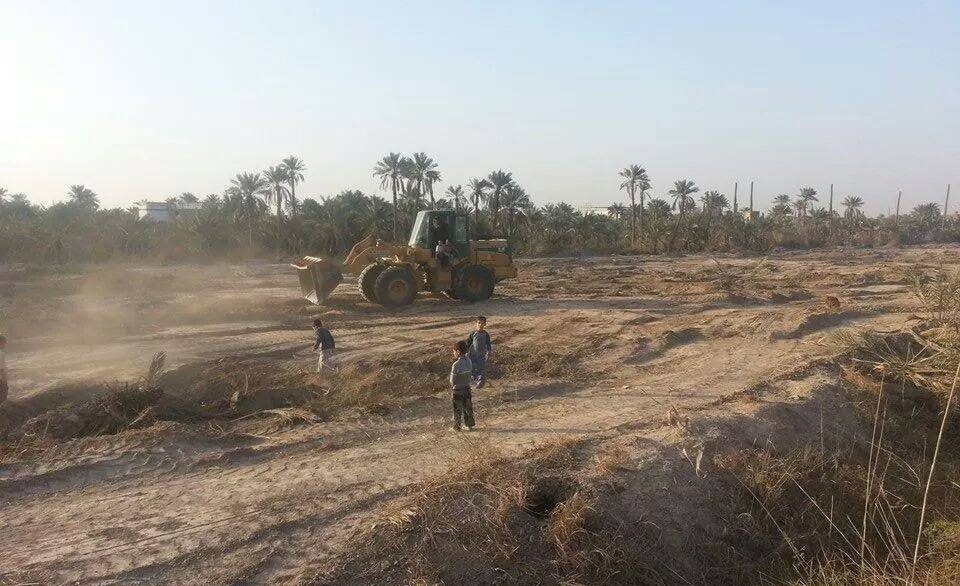 Shafaq News/ Locals in Jalawla, northeast Diyala, raised alarms on the resurgence of ISIS attacks in the sub-district despite the measures taken by security authorities.

Citizens residing in the Sheikh Baba basin in north Jalawla spotted ISIS sites and movements inside the orchards of the Sheikh Baba and al-Islah villages despite bulldozing vast green areas and replacing the fifth division of the Iraqi army by the first, which was residing in al-Rutba in al-Anbar.

Ahmed al-Tamimi, a commander of al-Hashd al-Shaabi (Popular Mobilization Forces-PMF) in Jalawla, told Shafaq News Agency, "the locals reported to the security forces and the PMF information about ISIS dens containing supplies, ammunition, and mortars to wage attacks on the civilians, security forces, and the PMF."

"ISIS operatives move at might using motorcycles that can cruise through rugged areas to transport supplies," he continued, "we spotted individual movements of ISIS members moving toward Hemrin mountain and the outskirts of Qara Tappah using dirt roads and the help of the organization's proponents in the remote villages between Qara Tappah and Jalawla."

Despite the massive financial losses, locals in Jalawla approved bulldozing their orchards in a bid on safety from the attacks waged by ISIS groups.

The territory of northeast Diyala lying between Jalawla and Khanaqin from a side, and the Kurdistan Region from another, has been witnessing a security failure and nearly daily ISIS attacks since the withdrawal of the Peshmerga forces in 2017.

Jalawla is a town in Diyala Governorate, Iraq. It is located on the Diyala River, 8 km north of Sadiyah. The town is populated by Arabs, Kurds, and Turkmens. Before the Ba'athist Arabization campaigns in North Iraq in the 1960s, the town had a Kurdish majority. Jalawla was announced a sub-district in 1958.

ISIS group releases a civilian it abducted four months ago