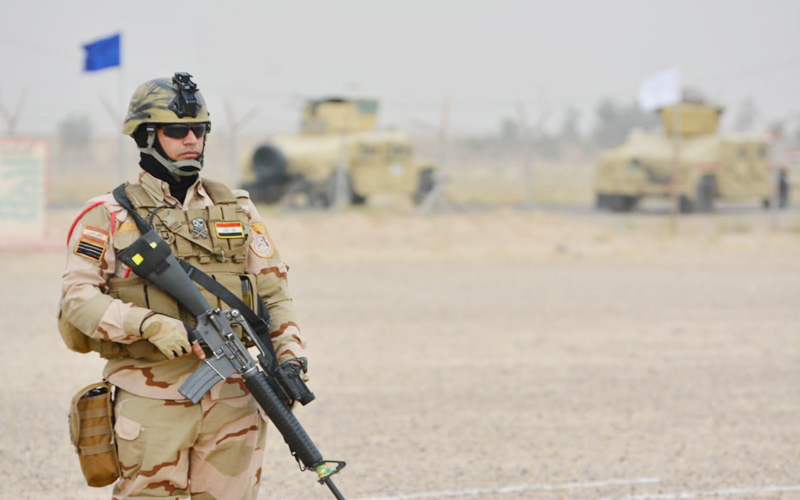 Shafaq News / A security official said today that the photos that ISIS published on its website, showing a site where a security incident took place yesterday, are fake.

The official told Shafaq News agency that the website claimed that the photos were taken in al-Rutba district, al-Anbar, adding that the terrorist organization took advantage of the bad weather and infiltrated the area from the desert side.

He indicated that the terrorists opened fire randomly on the civilians' vehicles from a 500m distance, before the security forces intervened and chased them.

As for the photos, the official said that they are completely fake and photoshopped, since the mentioned area's land is completely flat, and not as shown in the pictures.

Four persons, including two civilians, were injured in an attack waged by a group of ISIS militants on a security checkpoint in al-Rutba, western al-Anbar, on Sunday.

A source told Shafaq News Agency that a group of ISIS operatives in a pickup vehicle attacked a security checkpoint on the international highway in al-Rutba.

"Two policemen and two civilians were injured in the attack. The attackers fled to an unknown destination when the police force responded," the source said, "the injured persons were transferred to a nearby hospital for medical care."